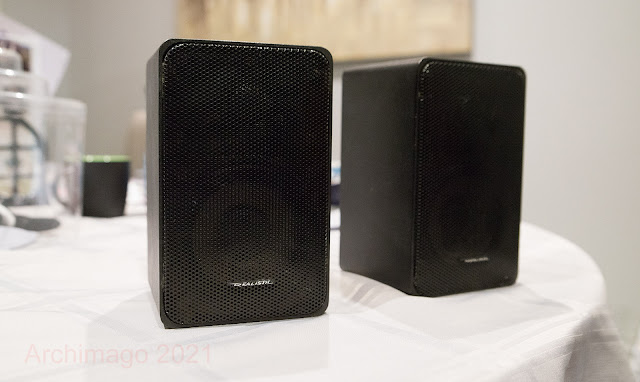 While the "latest and greatest" gear is always nice to check out, read about and measure, over the years, I've also loved the opportunity to examine some of the vintage, "retro" stuff from back in the day. For example, today we have a pair of all-metal, black, Realistic (Radio Shack / Tandy Corp.) Minimus 7 speakers from the early 1980's.
These were "classics" back in the day, found in many college dorms, restaurants, doctors' offices and available for sale at your friendly neighborhood Radio Shack for >25 years. For some more history, check out this page.
Read more »
Posted by Archimago at 08:40:00 11 comments: 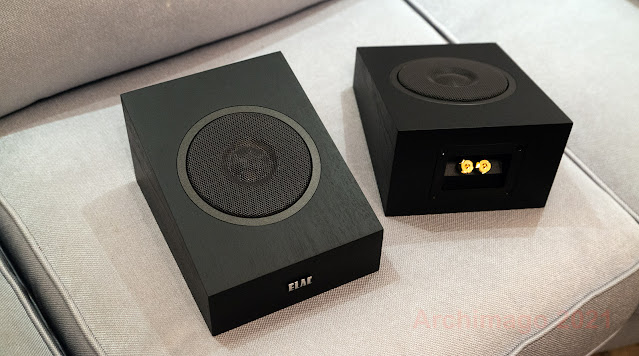 Well, with the pandemic of 2020/2021, one thing that has changed markedly in my family is that we're spending way more time watching movies and miniseries at home this past year. In fact the last movie I watched at the local "cineplex" was 1917 right before the Oscars on February 9, 2020. As such, 2020 has been a year of microwave popcorn, Netflix, Amazon Prime Video, Disney+ and the occasional UHD Blu-Ray played on my Oppo UDP-205 with the family on the sofa.

Wanting to use the Energy C100 bookshelf speakers elsewhere (see what I was doing here), I figured it was time to grab a pair of actual "Atmos elevation speakers". Not unexpectedly, the ELAC Debut 2.0 A4.2 Dolby Atmos Add-On Speakers were on sale before Christmas which you see in the image above. 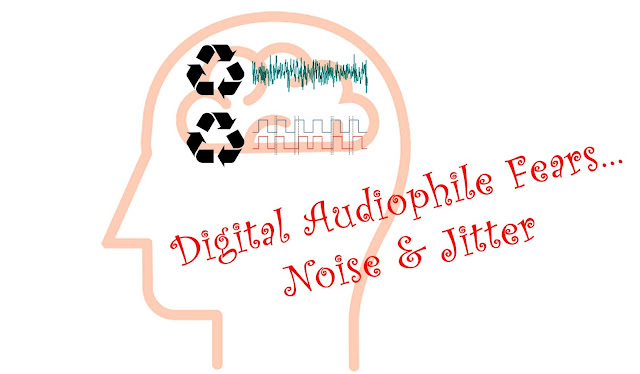 Happy New Year dear audiophiles!
I hope 2021 brings with it many happy returns in the year ahead.
Note that this post will be of a rather critical tone... So if on an auspicious New Years Day you want something a little less confrontational, I suggest coming back another time :-).
Let's address something which I think many well-heeled digital audiophiles will probably have observed being discussed if they read typical "mainstream" audio magazines, online sites, or watch associated videos. It's the simple observation that when it comes to subjective-only reviewers discussing why something (often expensive!) can improve the sound of a digital system, it almost always comes down to 2 factors they want you to be concerned about: 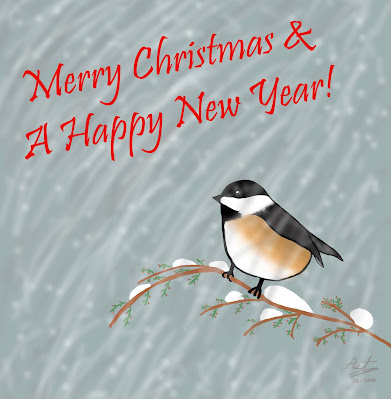 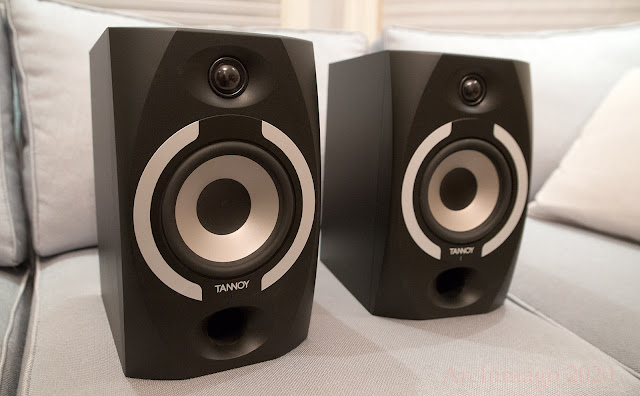 Today, let's have a look and listen to the speakers you see above.
These Tannoy REVEAL 501a, though discontinued now and replaced with the newer Tannoy REVEAL 502 released in 2014, have been well-regarded over the years in home studio use (check out some user reviews here and on Amazon). They were first released back around 2010 and there's a good Sound On Sound write-up from mid-2011. These were budget priced at <US$500/pair on release (typically sold as individual speakers) although over the years, could be found for a relative steal down at US$200/pair.
These are biamped powered speakers - 40W mid/bass and 20W tweeter, unknown without opening them if these are Class A/B or D amps. There's a 1" soft dome tweeter, 5" mid/woofer, flared front port, and the box is MDF with curved front baffle. Dimensions are 11.9" x 7.3" x 9.4"; relatively small speakers. Each box is individually powered unlike the AudioEngine A2 or Edifier S2000 Mk III previously discussed where there is a cable tethering the speakers together, weighing about 6kg and quite solid in the hand.
Read more »
Posted by Archimago at 10:27:00 17 comments:

MUSINGS: "People, please, you want to grow our industry?" - Comments on Jonathan Scull's Stereophile article and what is "High End" audio good for?

As you can see, I have a picture of George Carlin (from 2008, RIP), known for the quoted comment beside some arguably "pretty" Amanita mushrooms above. These pictures represent some ideas I'll be talking about in today's post. The mushrooms by the way grow around these parts of Southwestern British Columbia and Pacific Northwest US. They look quite pretty in the wild, but these are toxic if consumed. They're bad for ya... Of course, there are many things (and people) in life that look good on the surface, but ultimately unwise to be enmeshed with, pretty mushrooms are just an innocuous example. :-)

When I say that those mushrooms are actually "bad for ya", I trust nobody would disagree, right? After all, it's easy to say that as humans, since these mushrooms will damage our health, we can easily judge them to be "bad" and should simply avoid getting near.

I could not help thinking about this a week back when I read Jonathan Scull's article "Something's Coming" in Stereophile. 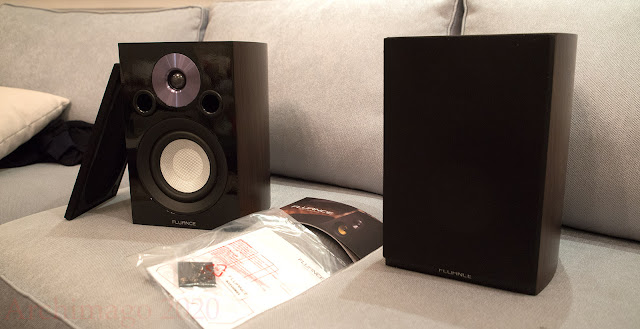 Let's continue with discussions and measurements of bookshelf/desktop speakers. As I expressed a few weeks back, these days I've transitioned to using passive speakers on the computer workstation table with the S.M.S.L. SA300 Class D amplifier. It has enough power I believe for almost any speaker one might want to use nearfield with great energy-efficiency.

What I have on the tabletop today is a pair of new Fluance Reference XL8S speakers that was released recently in summer 2020. These are the walnut veneer version (known as XL8SW). Fluance is a Canadian brand and over the years, may be more well-known for their affordable turntables (eg. the Fluance RT81 Elite looks nice with the RT85 Reference for their higher end), but their product line also includes speakers - other passive bookshelf models include the SX6 out since around 2014, and more recently the Signature HFS (released 2016). I see that they also have floor-standing versions.

On "Measurements, Listening, and What Matters in Audio" by Robert E. Greene, with unfortunate Robert Harley "counterpoint".

It has been a busy week, so alas, I didn't get a chance to finish some recent measurements in time for the weekend. Will aim for next week!

The other day, I read Robert E. Greene's editorial on The Absolute Sound's webpage titled "Measurements, Listening, and What Matters in Audio". Nice, I didn't think I would ever read such coherent introspection in those (virtual) pages. Probably also one of the first times I have seen the mainstream audio press willing to consider the "beginning of audio wisdom" (hat tip to Proverbs). Of course, seeking wisdom plus achieving a more rational basis in this hobby are overarching themes in many of the articles on this blog. So too, Greene's reference to concentrating on the "fundamentals", the foundation of acoustics whether it be in the production chain (ie. "microphones") or the reproduction/perception system (ie. especially "speakers and their room interactions") are not unfamiliar to readers here - we covered some of this earlier this year. Absolutely agree, Dr. Greene, including the part about "I think that almost everything in audio can be explained by measurements" is a fair and in these days, a very safe statement to make.

Now as for Robert Harley's "counterpoint". Oh my... Surely Harley's ramblings cannot be the last words on this topic because clearly there are issues!

As mentioned previously, I found myself in the position of needing to update my computer workstation desktop speaker system. I figured, instead of staying with powered/active speakers, since I do have a few bookshelf speakers around the home, why not try some passives on the desktop as well?

While active speakers are great in that the built-in amplifiers and transducers can be well-matched and optimized, the ability to "mix-n-match" passive speakers while opening up the potential to upgrade amplifiers I think is fun for the hobbyist. As such, I found myself drawn to getting a small low-power Class D amplifier like this.

Since the amplifier will likely be left on 24/7, I wanted something that's highly efficient but provides adequate power. This SMSL device internally is powered by the Infineon Technologies MERUS MA12070 Class D amplifier which uses their "multi-level" modulation such that the switching output can have half-voltage levels which adds an extra level of control and power savings. The device is rated to provide up to 2x30W continuous into 8Ω or 2x80W into 4Ω but realize this is with 10% THD+N. What will be more interesting to me is how much power is available into something like 4Ω with ≤0.1% THD+N, and the noise this switching device produces. Let's see if this amp lives up to hopes of "high-fidelity" playback... 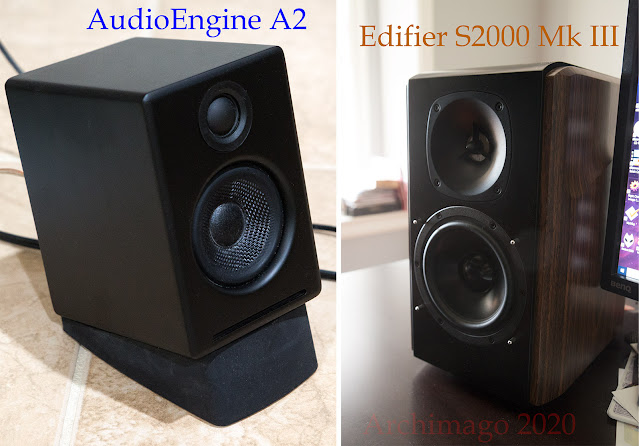 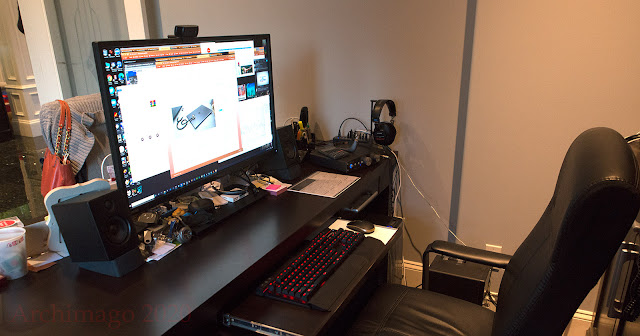 With autumn here, sunlight hours reduced and looking towards the rainy months ahead, I thought it would be good to start expanding measurements and be a bit more "serious" with evaluating loudspeakers.
As you know, speaker measurements have been done since the start of the audiophile hobby and there are all kinds of ways to get the job done to varying levels of precision and reliability. Stereophile has been doing this for years with John Atkinson's use of the MLSSA (DRA Labs) system as he summarized in this review which formed his 1997 AES paper. More recently, it's great to see Audio Science Review's use of the Klippel Near Field Scanner (NFS) for many speaker measurements already!
For many of us interested in speaker performance, probably introduced to the ideas with Floyd Toole's book Sound Reproduction - Loudspeakers and Rooms (first edition 2008, now in 3rd edition 2017), there has been a rise in loudspeaker measurements using the "Spinorama" technique. This measurement method plus its standard representation of data has since becoming codified in the ANSI/CTA-2034-A "Standard Method of Measurement for In-Home Loudspeakers" (you can get a copy of the current CTA-2034-A R-2020 here), first published in 2015.
Read more »
Posted by Archimago at 12:33:00 25 comments: