MUSINGS: A few words about Pono... And what is "the finest digital copy"?

Remember everyone, we're not done with the 24-bit vs. 16-bit blind test yet! We're about 1/2 way through before I close off submissions to the survey site. Again, I thank everyone who has tried it thus far and all the awesome responses with detailed descriptions of the gear used and demographic information... Many audiophiles from around the globe have already voiced their "vote" and it's getting close to 100 submissions. I'm somewhat surprised that so far there hasn't been a submission from India, Russia or S. America!

In any case, one more month to go everyone! 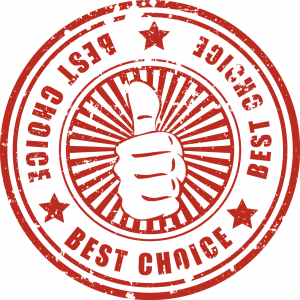 Up to this point, much has already been written about Pono from both supporters and detractors. As you know, the media show around Pono started anew at SXSW with the announcement in mid-March and concomitant Kickstarter project. They did quite well financially with the Kickstarter campaign so it's an encouraging start for opportunities ahead. A few details were clarified such as the designer of the PonoPlayer being done by Ayre (rather than Meridian as previously thought). But at the end of the day, it's really hard to pin down just what is going to be all that different in the Pono "ecosystem" or why a music lover would choose this over others (eg. HDtracks, Qobuz). Maybe it is as Neil Young said here; "There's nothing, there's nothing new. There is no new thing. It's just available. It's available to everybody". So high-resolution, lossless audio will be available to everybody - at a price... Indeed, that's not new.

So, after all the star-powered hoopla and idealistic catch phrases like "rescuing an art form" (seriously, what's that supposed to mean?), what we know is that Pono is primarily a music service that sells "high-resolution" audio tracks in FLAC much like HDTracks has been doing for years. They are selling the PonoPlayer designed by Ayre to get the ball rolling as a physical device to brand the service with the 'iconic Toblerone' form factor but there's no clear commitment to ongoing hardware development. There will be no DRM which is of course good for compatibility. Since many DACs and devices these days can already do high-resolution decoding and playback, the flexibility is very much appreciated. It's amazing that even the recent May 7 Pono-listening-gathering did not use a prototype Ayre player for demonstration; again, stressing the music software as the prime objective rather than the player hardware. As you know, a number of folks have signed up for the limited-edition Kickstarter autographed PonoPlayers which are nice for collectors and as novelty items.

In the last month, I see that the Pono CEO John Hamm has taken the lead on presentations at shows like AXPONA and demonstrations like the May 7th one above. This seems like a good move since he's clearer and obviously more in tune with the technology (see the AXPONA video) than NY. There's of course still a major sales pitch going on in the video which is understandable if not annoying at this point. For example, those video clips of musicians/producers with testimonies of being "blown away" by Neil's car stereo!? You have to wonder just what kind of music these millionaires have been listening to in the last few years. Their own CDs remastered loud and volume compressed down to DR5 is my guess; using MP3 as the scapegoat of course. Furthermore, the discussion still gets stuck around the technical "container" (24-bit, high sample rate, MP3 as "5% of the data",  etc...) rather than the elephant in the room; the actual quality of the source recording, mixing and mastering process. If you're using a massive shipping container, you better have lots of good stuff in there worth taking up space for!

Encouragingly, it's great to see questions being raised at the end of the presentation about dynamic range compression and some answers being provided; John Hamm addresses this around 25:30 in the video above. He states that there will be no special remastering or remixing although it sounds like they could exert some influence in selection of which mastering is sold... But he does say something intriguing: "The promise of Pono is that we will sell you and play on our PonoPlayers the finest digital copy of that song or album available in the world" (38:35). Elsewhere, we are told that if you buy a copy of an album and a "better" remastering comes up, you get an automatic upgrade... (Right... I'll believe it when I see it.)

Interesting... Consider the question then: How does one know which is the "finest digital copy"? First, it almost goes without saying that to answer that question for any album with remasters over the years requires subjective evaluation; much more complex than just throwing out a number like "192kHz!". Second, I suspect the process whereby that answer is arrived at could allow a fundamental shift in consumer expectations if actually accepted by the public, and implemented professionally. It could make a substantial dent to calling out that proverbial elephant in the room and setting us free from ridiculous over simplifications like focusing on just bitrate / bitdepth / samplerate or simply MP3 vs. lossless. Educating the general public on how to listen for a quality mastering job that encompasses the full dynamic range, natural sound (eg. judicious EQ), with fully detailed resolution would in itself be the most beneficial outcome of this whole "high resolution audio" endeavor even though it may have started with "objective" parameters like pushing 24-bit and 96+kHz... I trust that already many of us have experienced 24/96+ music which is either no better than an equivalent CD (have a look at most of the new pop releases on HDTracks like Beck's Morning Phase), or in some cases the "high-resolution remaster" sounds worse.

There are suggestions in these presentations that Pono somehow represents a "legacy" (1) that Neil Young wants to leave beyond his copious body of work already. There is certainly an opportunity. But I believe it's not going to come from geeky talk about sample rates and meaningless stats like "30x more data than MP3" with a graph to accompany the rhetoric as if this directly correlates to sound quality. It's going to come from choices made and promoted about not just the provenance (ie. where the audio recording came from including true hi-res recording practices - see Mark Waldrep's site), but the technical and artistic bit around adjudicating what actually sounds "best" and which of the versions of many recordings is "best" irrespective of the file type. Does the artist choose which version is best? Is it down to vital stats like dynamic range (eg. something like DR values)? Is it up to the record labels thinking that the most recent "anniversary" remaster is best? In Neil Young's ears we trust? Or a mindless adherence to 24-bits and 192kHz sampling rate?

No my friends, on the first day that the Pono Music site is up, I'm not really going to care whether the PonoPlayer sounds great (it better for essentially a no-frills unconnected music player at the >$300 price point), or if the website is user friendly (2), or how many albums are available to choose from... I mainly want to know whether they're selling the first digital release of Nirvana's Nevermind (16/44), the 1996 MFSL remaster (16/44), the HDTracks 2011 remaster at 24/96, or the Blu-Ray 2013 24/96. Nevermind is of course just one of many albums to keep an eye on for what Pono does... Pono's offering will speak volumes about their commitment and whether this "movement" has any steam - are they walking the talk about "good sound", stuck with fancy specification numbers, or just "nothing new"?

(2) There's time to optimize and streamline the website. A nice website with full provenance data and ability for consumers to leave comments & reviews would be awesome of course.