On Audiophile Forums. Disagreements on MQA. (And Redscape preview...) 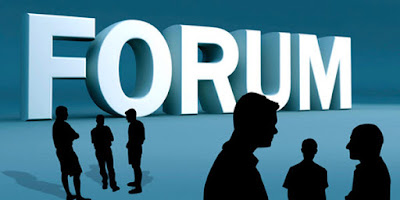 A couple weeks back, some of you expressed frustration with the Audio Science Review Forum, the opinions of the host there, and general MQA disagreement. Over the years, like probably many of you, I've had my share of participating in forums, disagreements with views expressed and the bickering at various venues. All in good fun however and nobody needs to get too perturbed... It's only a hobby, right?

I've read posters say that MQA is "the gift that keeps giving" :-). No doubt it's a topic that has provided for much discussion around here and elsewhere!

However future audiophile historians ultimately judge this time in our hobby, I think MQA will have its place as a controversy that divided the community deeply. I don't think this is a bad thing in that it has provided many opportunities for us to discuss and perhaps be enlightened by what is true vs. false, shown a divide between mainstream press with close industry ties vs. independents, objective vs. subjective testing, faith in (specifically one) authority of digital audio vs. skepticism. And this has played out publicly probably in its most dramatic fashion on audiophile forums these years.

Hey guys, during the summer, I got the above kit from Jan Didden at Linear Audio. As you can see on the front, this is the Linear Audio "Autoranging Attenuator" - also known as the "Autoranger", standard 10kΩ version.

As I mentioned last time, I changed the tweeter in one of my speakers resulting in a significant adjustment to the frequency response in the 2-5kHz range. This means it's time to update my AudioVero ((acourate)) (current version 1.9.12, 286€) room correction filters for late 2019. Looking back, I haven't posted on this since 2016! My, how time flies.

Given that it has been awhile, picking up Acourate again for some measurements required that I dig out my old notes and review the previous procedures again. As such I figured that it was time to write an update for a reasonably "quick and dirty" measurement which basically took me an afternoon to perform with excellent results. If you've tried Acourate, you'll know that this program is very powerful but can take a bit of time to figure out the interface and get comfortable with the process.

Okay then, let's get going with a quick but detailed summary while it's fresh in my mind and provide some pointers the next time I might have to do this again maybe in a few years :-). We'll then end this post with a few other related subtopics that came out during the measurements...