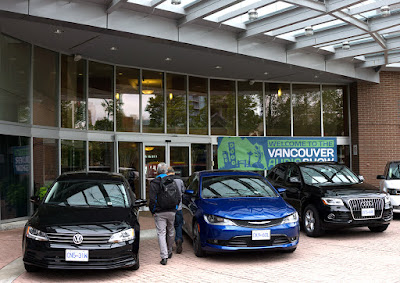 As I mentioned a few weeks back, the folks at the Chester Group have put on the Vancouver Audio Show again this year at the Hilton Metrotown (in Burnaby). I must admit, it's not the ideal weekend for an audio show. Summer holidays starting, weather getting better, this is also the opening weekend for the Vancouver International Jazz Festival... I guess the "music lovers" can enjoy the great outdoors while "audiophiles" can hang out indoors checking out the gear :-). Last year, they had it in May which probably makes more sense.

I spent most of Saturday at the show. It was a blast meeting up with Mitch (aka Mitchco on Computer Audiophile, recent eBook on the use of DSP in the listening environment) and wandering the hallways through the various showrooms with my buddy Phil and catching up with my dad who was there as well. As I mentioned before, I think Vancouver has the luxury of a decent selection of "high end audio" stores already but it's certainly nice to be able to come to one place to check out the gear and listen to what's new.

Hey there guys, life and work is busy so I thought the post this week would be to cover a few miscellaneous thoughts from the last few weeks.

First, as you can see in the picture above, it's coming again this year! I guess the Vancouver Audio Show went well enough last year that we're going to see a repeat performance with the Show this year... Nice. I remember that there was no mention of the Show at the usual audiophile websites so I figure I'd let everyone know it's coming. Thankfully here in Vancouver we do have a few audiophile stores with good showrooms. Plus with the city (as well as much of the West Coast of North America) being a place where rich Asian investors like to park their cash (just look at the housing market!), it's a nice place to show off the goods... Of course, it also doesn't hurt given the relative strength of the US dollar to attract a few Americans up from nearby Seattle. 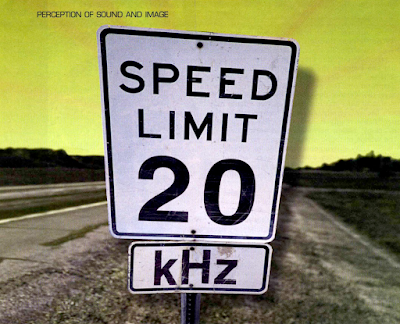