As many of you probably know, Mitch "Mitchco" Barnett is a regular contributor to the Computer Audiophile website with his articles. He's also the author of the book Accurate Sound Reproduction Using DSP (now available in paperback). A great guy who has logged many hours back in the day in the audio production world!

The cool thing is that Mitch doesn't live far from where I am and last year, we met up at the Vancouver Audio Show 2016 (which by the way appears to be running again this year June 24-25, 2017). We chatted a bit before the show about various topics both in life and audio. From those discussions, one of the questions we wondered about was this whole notion about electrically "noisy" computers and just how "bad" the inside of a typical PC is for high-fidelity computer audio. After all, these days we see all kinds of products claiming the importance of "noise isolation" from USB cards to power supply upgrades.

At the Audio Show, Mitch kindly lent me an old computer audio card he had at home in storage which he was no longer using (in part because he's up to date with his computers and no longer runs a machine with PCI slots :-). Here it is: 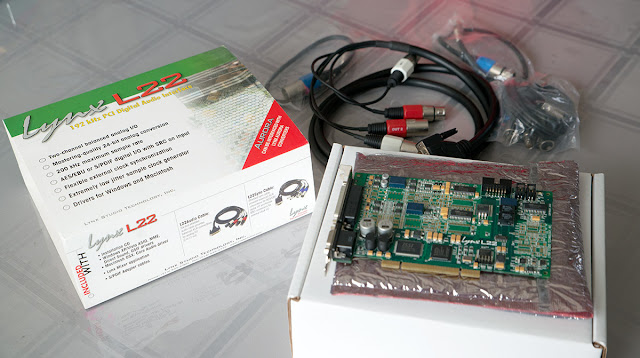 Behold, the Lynx L22 24/192-capable PCI "digital audio interface" designed circa 2002. Back in the day, this package had an MSRP of US$749. It filters the power supply, is said to have very clean ground planes, and utilizes high quality components (here's a review from 2003). At a time when probably many of us were rockin' with Creative Soundblaster Live! type sound cards, this is something meant for home studios and maybe some DVD audio production... At 15 years now since the design of this device, we had to wonder - how does this sound card measure and sound sitting in a "noisy" old computer enclosure with components dating back to the era of conventional PCI (not PCIe) slots? 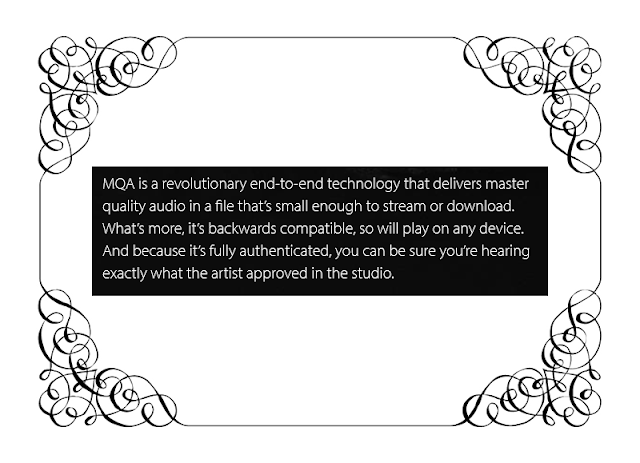 You've probably heard or read the catch phrases from MQA over the years. "Revolutionary", "TAKE ME THERE"... "To the original performance..." Or how about using phrases like "end-to-end technology"?

As I have said over the last few months, I don't like talking about MQA based on my general impression of what they're trying to do and the way they try to convey supposed "value" to the audiophile world through their advertisements and sponsored articles in the audiophile press. Nonetheless, sometimes it's just necessary to comment and more importantly to put some of the rhetoric to the test. There appears to be a remarkable schism between those who advocate and praise MQA and those who have concerns. I'm pretty sure there are many wishing that MQA would just go away instead of complicating music playback with yet another questionable variant.

Last week, when I wrote about the idea of MQA CD, I brought up the Pono experience as another example of failure in the recent history of the industry. For Pono, the failure was perhaps rather obvious for those of us who have been listening to 24-bit and >44.1kHz music for awhile, especially those of us who have ever bothered to try an A/B-test. It does not take a genius to realise that audible differences are really quite subtle (if even there in most cases of mainstream music) and that differences do not translate to "benefit". Without clear audible benefits, there really was no way that the promise of the Pono music store could ever excite the music-buying public... Certainly not in the way Neil Young portrayed it (sure, the hardware PonoPlayer is unique but with its own quirks of course).

Recently, I was looking at my directory of audio measurement data and realized that I forgot to put up the measurements I had collected on the Oppo BDP-105 Blu-Ray player that I borrowed from a friend in late 2016. I believe the BDP-105 has been discontinued in anticipation of the next generation flagship. The last version of the 105 was the BDP-105D which added DarbeeVision DSP video processing. This would likely not affect the audio side which is what I explore in this article and I'll obviously leave it to the videophiles as to whether this processing is beneficial or not.

As you probably are aware, this device caused quite the stir in the audio and home theater communities back in 2013 when it was first released. For a reasonable price as a universal disk player, it was capable not only of the usual CD/DVD/(3D) Blu-Ray playback but also SACD, DVD-A, and even HDCD decoding. All with flexible digital input choices - USB, TosLink, coaxial, and HDMI. For analogue output, it has single-ended RCA (stereo and multichannel) and balanced XLR analogue (stereo only) connectors. Already in 2013, Oppo had gained a reputation as a good brand with their previous models, but I think this device really put them fully on the map for audiophiles and videophiles alike looking for a reasonably priced (~US$1200 at the time) device that neither sacrificed features nor quality.

For audiophiles, the high-resolution audio output is handled by the pair of ESS Sabre32 Reference ES9018 DAC chips inside. According to the BDP-105 Wiki for those curious: "In the BDP-105's stereo board design, the 4 pairs of DACs in the ESS9018 DAC are allocated as: 1 pair for the RCA outputs, 1 pair for the XLR outputs, and 2 pairs stacked for the headphone amplifier." The other ESS chip is used for the multichannel RCA output. 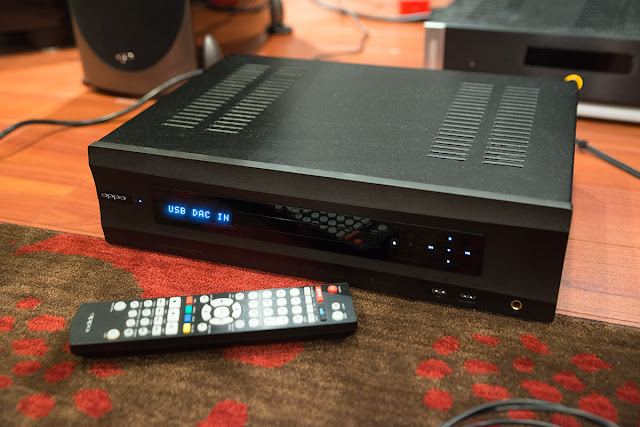 Years ago, I published some results for this player (along with a DSD followup) and showed that it is indeed a very competent high-resolution device. That was back in 2013 when I was just starting this blog. Over time, I have incorporated a few more measurement and I thought it would be fun to revisit the device. This time, with my newer ADC, have a look at the digital filter in greater detail, explore the difference between the use of RCA and balanced XLR cables, and see if digital input with the USB-B interface differs from HDMI, and the S/PDIF variants... I suspect many of us have heard the BDP-105 over the years, so this might provide a nice opportunity for objective-subjective cross-correlation.

MUSINGS: Do we "need" those >20kHz ultrasonic frequencies for high-fidelity audio? 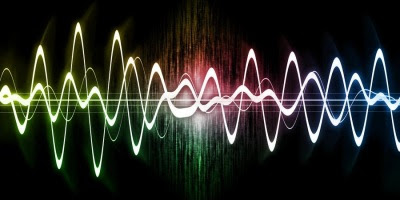 Recently I received this excellent question and link about ultrasonic frequencies from the Computer Audiophile site:


Hi, Archimago. Visit your blog frequently and find your posts enlightening and entertaining at times without the usual smoke and mirrors.

What caught my eye in the musings on MQA utilizing the Mytek Brooklyn DAC was the selection of a musical reference which had ultrasonic, specifically musical, content. After reading the paper by James Boyk <https://www.cco.caltech.edu/~boyk/spectra/spectra.htm>, ; I have been interested in the subject of ultrasonics and their (potential) effect on the listening experience fully recognizing that these frequencies are well above the capability of human hearing. Included would be identification of recordings that have musical ultrasonic content.

Given that formats such as PCM (24/96 or higher) and DSD (2x or higher) [Ed: remember that even DSD64 1x can go >20kHz] have the potential to capture musical content above 20kHz, I am intrigued by the possibilities. As with all HiRes formats, I understand that not only all components of the recording chain but also the reproduction chain must have frequency response greater than 20kHz to accomplish this. I do see where speakers are being offered which are spec'd to 40kHz and as high as 100kHz. There are also numerous add-on "supertweeters" being offered which have this capability as well.

IF the topic were of interest to you and worthy of your time and consideration, I for one would be most interested in your musings on the subject.

My apologies for using this Musing as a portal for my inquiry but did not know how else to contact you with the proposal.
FWIW, given the potential of the existing HiRes formats to capture the musical experience if fully realized, I too am less than interested in MQA as the latest flavor-of-the-day.


Thank you Frank for the link, interesting discussion and question. I try to do what I can to collect information and synthesize posts to provide hopefully reasonable thoughts on these matters; mixed with some measurements and personal subjective impressions as appropriate.