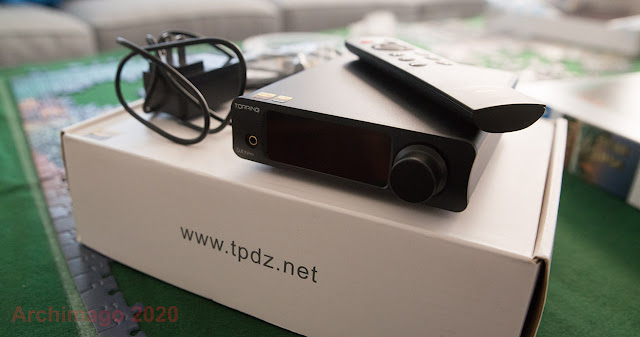 So I got another DAC here at home - purchased through usual retail channels of course :-).

The Topping DX3 PRO (~US$220) is a device meant for those who want wired (S/PDIF TosLink, Coaxial, USB) as well as flexible Bluetooth 5.0 wireless input. There are 2 versions of the DX3 PRO out there - the earlier version reviewed/measured at Audio Science Review by Amir and the newer one which I have here with LDAC support (Sony-developed "high resolution" Bluetooth CODEC, also measured by WolfX-700) released in late 2019.

At some point, I figure it would be interesting to compare how the various Bluetooth codecs perform since this device can accept the lowest common denominator SBC, plus AAC, aptX, aptX-LL (Low Latency), aptX-HD, and LDAC audio - about as broad a range as I've seen among Bluetooth DACs (here's a good primer on these acronyms).

For today, let's examine the device's standard DAC performance and run it through my typical procedure with a few new measurement variants to see how it performs. 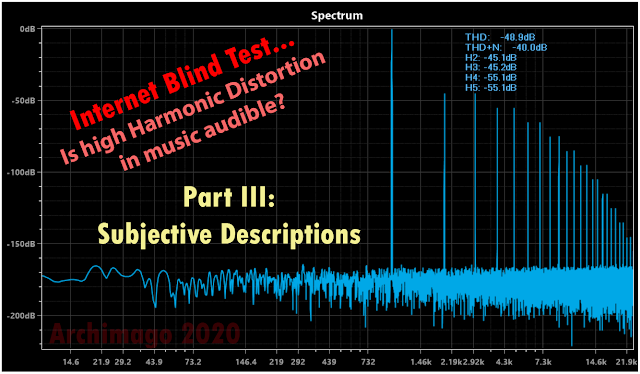 As we've seen in Part II last week, based on the preference data, there was a pattern for the respondents to this blind test to choose the samples with lower added distortion as sounding "better". I believe this is encouraging for audiophiles who seek "high fidelity" and "accuracy" in the reproduction of music. It's a demonstration that correlates objective levels of distortion with a subjective preference.

Today, as we end off the write-up for this blind test, let's consider the subjective descriptions of what was heard by the respondents. Words describing experience and feelings can be difficult and imprecise, but by correlating how listeners expressed themselves with knowing how they ranked the samples, perhaps we can appreciate the scope of adjectives used when people listen to content with significant harmonic distortion... 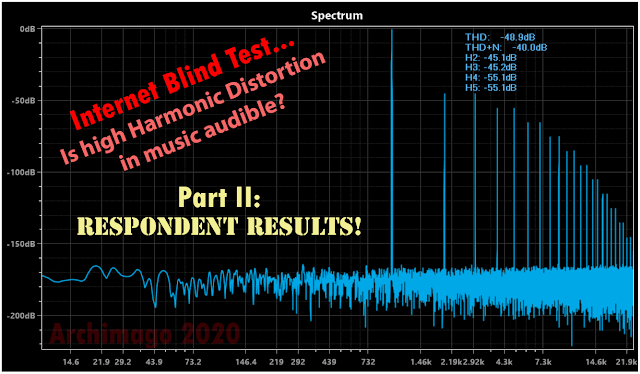 Having described the study and procedure last week in Part I for this most recent online blind test, let's continue by looking into the results from the 67 unique respondents. For this post, we will focus on the "objective" results based on the data. As I have done in previous tests, in a follow-up post, we'll have a look at the "subjective" descriptions of what respondents perceived.

We'll start as usual with some context into the respondents' demographics, we'll then proceed to examine the sound systems used by the respondents, and from there, look at their blind listening submission results to see if harmonic distortion correlated with preferences around perceived "better" or "worse" sound quality...