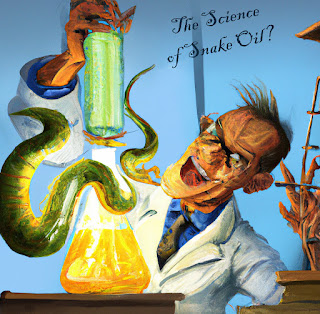 It has been a busy week so let's keep this article somewhat shorter. ;-)
Beyond the typical audiophile magazines, websites, and videos, I think it's interesting once awhile to think about some of the research out there in the academic literature related to "audiophile" topics.
As I have said many times, I believe that typical 2-channel hi-fi audio is very much a "mature" science these days so on balance it's probably unlikely that understanding of core technologies should be too contentious. I know, some audiophiles and companies will protest this idea with the belief that human hearing somehow has much more potential and that we cannot measure all domains of auditory acuity as applied to our audio tech. As science-driven hobbyists, since we can perform blind tests and show that people have difficulty differentiating high bitrate MP3 from lossless, even relatively high distortions are difficult to hear, and hi-res audio is generally indistinguishable from 16/44.1 lossless (except for a few minor instances which can be statistically significant but practically not likely relevant for music listening), I think the onus of proof remains on those who make contentious or dramatic claims outside of the standard paradigm.
Read more »
Posted by Archimago at 08:34:00 30 comments:
Email ThisBlogThis!Share to TwitterShare to FacebookShare to Pinterest
Labels: Questionable research, Snake Oil

Today, let's talk about something rather unique.
In the image above, we see the E1DA Cosmos Scaler in use as I was running measurements of some DACs I have around here. As I mentioned last time, this is a prototype product which although has been announced/discussed online, as far as I am aware, is not at the stage of imminent production or public release. As such, be mindful that details I describe here might change if this were to be released as a product.
The Scaler functions as a balanced 2-channel in/out pre-amp that can apply 16 discrete levels (this is not a regular volume knob for routine volume control) of very clean amplification (using OPA1612) from 0dB to +26.7dB along with an "auto-ranger" feature that aims at a target voltage level to feed the ADC. Along with this, the Scaler's stable high 200kΩ balanced (100kΩ unbalanced) input impedance resolves one of the limitations of the Cosmos ADC; the lower input impedance for example 1.66kΩ at a commonly-used 4.5Vrms setting.
Thanks again to Ivan Khlyupin (IVX) for sending me the package to test out.
As with any pre-amp product, the question is how quietly does this device perform when feeding the output into a high-resolution measurement ADC in this case. And related to that, whether the device adds any of its own distortions. 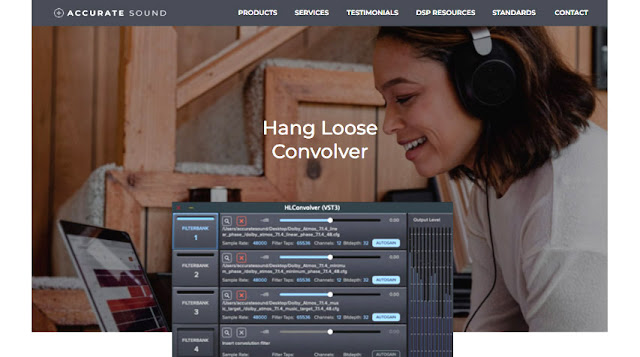 Over the last few weeks, I've been using the inexpensive Beelink Mini S Intel Celeron N5095A PC in my music system. Recently, I posted on using it in Linux as a streamer with HQPlayer upsampling and for multichannel Roon capabilities. As you can see in that post, for audio purposes, even this level of CPU performance on a modern entry-level machine is enough for what would be advanced PCM upsampling (ie. 1M-taps realtime PCM) and even IMO very good PCM-to-DSD256 performance. More evidence to remind us that there's generally no need to get excited about some of the more expensive "audiophile" computers and streaming machines which are often embedded low-power computers at heart.

Recently, my friend Mitch Barnett of AccurateSound.ca wondered if I could look into the performance of his latest version of Hang Loose Convolver (HLC) with this low-power computer using my power limited and quiet fan BIOS settings. HLC is an advanced standalone, VST3 plug-in, or AU (Mac) plug-in that provides the ability for audio lovers to load in various convolution filters, allows for easy level matching, and provides basically immediate switching (0.1ms) between these filters for accurate A/B listening comparisons. Let's take a look at this on the Beelink.

Above, you see some recently added albums on my Roon server. I thought it might be fun to focus this week on the music instead of hardware and discuss a little more on this so-called "absolute sound" (the concept, not the name of the Harry Pearson-founded magazine) some audiophiles are supposedly going for (touched on this somewhat years ago).

I don't know if Pearson described his concept of the "absolute sound" with much greater depth beyond the oft-quoted, vague quality of "the sound of actual acoustic instruments playing in a real space" which may or may not be hard to achieve these days depending on one's threshold of what sounds "real". Let me know if you've come across any other articles on this that defines the concept with greater detail. To be honest, I don't think I've met any audiophiles who still believe that there is a single "absolute" subjective sound we should all be striving for, but it's good to be clear about it and maybe lay it to rest.

When it comes to music, I have rather eclectic tastes. As I mentioned last time, I've been checking out some electronica, hence the amane ＋ 曇った空 (Kumottasora) album 彷徨 (Wandering) (DR7, 2017) off BandCamp on the list. You can have a listen to track 2 "~ Discontinuity ~" on YouTube. It's an atmospheric piece of work that's very much at home in the Blade Runner universe I can play in the background without getting distracted; in fact, excellent background music when doing medical charting on the computer - the bane of the medical professional's existence these days. ;-)

To the right, we see a couple versions of David Chesky's The Great European Songbook (DR13, 2022). As you can see, I've labelled the cover image for easy identification; we have both a "Headphone Mix" and "Speaker Mix".