POLL: Do you subscribe to a music streaming service? And a Wilson Sasha DAW, dCS, Audio Research listening session @ The Sound Room, Vancouver. 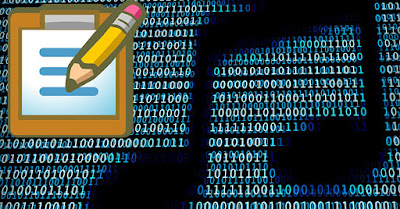 Alright guys, first off, I'm trying out a quick poll here since I was interested in how many of you are currently streaming music off a subscription site... No doubt we are seeing the shift towards the streaming, subscription model for music delivery and consumption.

It's interesting to see this article recently about the music industry's revenue growth in these last few years on account of streaming. Considering the decades of decline, I'm sure the music industry is interested in promoting any system that nets a profit. We will need to see however whether the rate of adoption in streaming wanes in the years ahead as warned by Forbes recently.

MEASUREMENTS: A look at the audio "ultra high-end" - ultrasonics! (And changes at Stereophile announced.) 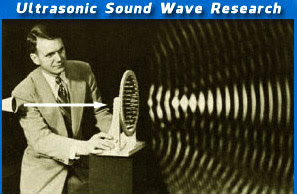 In this blog installment, let's look at the "ultra high-end" of sound. Of course, I'm not talking about the audiophile "high-end" marketing term which is meaningless (beyond just another phrase for "expensive"). Rather, let's look at the frequency high-end, especially all the stuff our DACs can produce in the ultrasonic range!

If you've ever wondered, ultrasound devices used in medical imaging typically function at around 2MHz on the low end up to about 15MHz. However, the term "ultrasound" simply refers to wave
compression and rarefaction outside of the hearing range which by convention are those above 20kHz or so.

While the presence of ultrasonic content coming out of our DACs is not a surprise, what might be unclear or debatable is whether there is much of it and whether this then affects the "sound" of one's system. Rather than get bogged down in opinions, let's first have a look at what's in the ultrasonic frequencies coming out of DACs... Starting from facts, we can then perhaps come up with opinions.

MUSINGS: Let's talk about Roon (1.6) and DSP speed... (And an example of a poor quality "hi-res" classical recording.)

I mentioned a few weeks back in a comment that these days I've been using Roon for my music library and playback. A few years ago, I tried out Roon 1.2 and while good, it just wasn't quite compelling yet at that time for my needs. For years I've been using Logitech Media Server (LMS) given that most of my devices had been Squeezebox-based until recently. It certainly serves the purpose well to this day and in fact, I still run it on my server. I'll discuss why later...

I trust that you've already read or seen videos of Roon in operation so there's no need to cover the program's basics. In fact, I think I covered quite a bit of ground already back in early 2017 with the demonstration of Roon 1.2 on an Intel NUC and then subsequently talking about the use of Roon Bridge with the Raspberry Pi 3.

Since that time, with the newer versions, the program has, as expected, gotten better with even more features, more powerful user interface, etc... I appreciate the better support with display of track names and various settings with the older VFD Squeezeboxes. DSP has been added as of version 1.3 with support for room correction, upsampling options for PCM and conversion to DSD for DACs supporting the feature. We might look at measurements of these options in future blog posts. Of course, there's now also the ability to perform the first (and IMO only meaningful) MQA "unfold" in software as of version 1.5; not that I'm a fan of MQA of course.

For today's post, I'll highlight a few of the key benefits, discuss CPU and DSP speed, ending with a few suggestions I would love to see in future versions...