Perhaps we don't think about it much or give it enough credit. I believe one of the advances in the last few decades that has provided the foundation for technological progress we enjoy today is the lithium ion battery. Li batteries were commercially released in 1991 and since then, thanks to the energy density available, combined with increasingly efficient electronics, all kinds of things these days can run off battery power - cars being the poster-child of this advancement...

A few weeks ago, I showed the little Class-D amplifier system running off a battery. How about we try out my RME ADI-2 Pro FS on batteries:

What you see here is the device connected to the Talentcell 6000mAh 12V Li-Ion battery pack. Since the RME ADC has become my standard for measurements in the last year, I have wanted to make it "portable". Talentcell makes an even smaller 3000mAh 12V battery which would work fine. While a little larger in size and weight, the 6000mAh unit is still lightweight and will be able to power the ADC/DAC for >5 hours - enough for any recording and measurement I would want to do in a single sitting.

SUMMER MUSINGS 2: Multichannel and the audiophile. MCh streaming with a TV Box. And Thoughts on the Future... 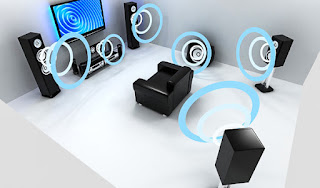 Hope you're all having a great summer... I thought I should take the opportunity to respond to this comment from Steven on the blog post last time broadly and with more details:

What about surround sound? Some of us are into that stuff. ;>
It does change things slightly. USB and S/PDIF won't suffice for lossless 4.0/5.1/and beyond audio data. That leaves HDMI or analog, afaik.

Surround/multichannel playback is important and sadly rather neglected in the audiophile world. I saw recently that the TAS website posted this article on the "rebirth" of quadraphonic sound.

Hmmm, isn't this actually the "rebirth of the rebirth" of quadraphonic? As I recall, there was a rather significant thing among home theater enthusiasts and audiophiles called multichannel SACD and DVD-A around Y2K :-).

SUMMER MUSINGS: "How Much Difference Does It Make?" - On Balance and Adequacy for audiophiles. 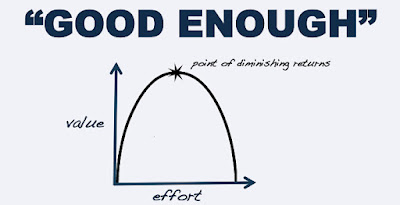 The other day, I was reading Jim Austin's "As We See It" post on Stereophile titled "How Does the Music Make You Feel?". A relatively sensible article putting forward his and the magazine's perspective around finding "balance" between the subjective and objective sides of the audiophile pursuit. I agree with the central thesis, ultimately it is a subjective decision how one wants to spend time engaged in this hobby based on the emotional effect of music (I hesitate a little to say "music" here because let's be honest, not all audiophiles are in it for the music - sometimes it's the "sound" that's being sought). Music is art and appreciation of art will always be subjective, perhaps even wildly idiosyncratically for each person. Nonetheless, it's not that simple is it if we "look at the forest instead of the trees"? Let's take a higher level perspective and consider the audiophile hobby as a whole, rather than the audiophile him/herself. Are there some principles we might want to keep in mind?

Remember that what I've called "hardware audiophiles" are actually the niche hobbyists Stereophile is speaking and advertising to. I don't think Stereophile is of much interest to the multitudes of "music lovers" who probably are quite happy already with decent bitrate MP3 streaming over cell phones. As discussed before, these two hobbies intertwine but IMO are not the same. In every Stereophile issue, while some pages are dedicated to albums, music reviews, or maybe interviews with artists, the contents mostly discuss hardware products used in reproduction of the music. Our emotional response to reproduced music is a combination of the artistry in the music and science of reproduction. The audio devices used have technical characteristics that are objective and can be measured. As an analogy, in the visual arts world, we might or might not subjectively like the Mona Lisa, but when we look at a reproduction (photograph or scan of it), we can certainly experience and measure the differences between high vs. low resolution copies, and we can comment on or measure other objective traits like color saturation, accuracy, brightness, contrast, etc. compared to the "real thing" under the lighting conditions at the Louvre.

In reading that article by Mr. Austin however, between the personal stories and opinions, I noticed that like in most editorials covering this topic over the years in magazines, it's side-stepping a very important dimension. Achieving "balance" is not just about the way it is done (subjective listening +/- objective measurements), but also about the depth of exploration from which we derive adequacy. In other words, it's not just about whether we subjectively look at a car/woman/man and be captivated by its/her/his beauty, or whether the thing/person is objectively faster/taller/shorter/skinnier, but rather, are these qualities "good enough" for our intentions?