MEASUREMENTS: WD TV Live - A look at (and listen to) the digital "low end".

I'm sure we've all seen these ubiquitous devices at the local BestBuy, Costco, Walmart, etc. 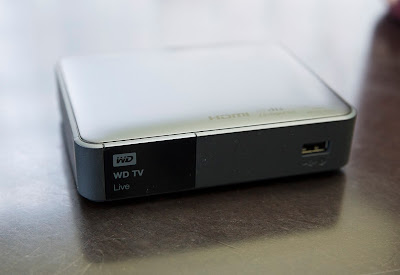 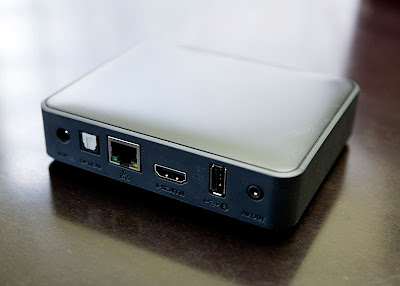 Even as an "audiophile", you might be tempted to purchase one for streaming audio/video to the den, basement, bedroom, etc... As you can see, on the back, from right to left, there's the little phono plug which functions as composite video/stereo audio (comes with a supplied cable), then a second USB port (one up front), HDMI, 10/100 ethernet, TosLink, and power plug to the wallwart.

It's mass market, inexpensive (this particular no-frills model usually goes for <$100), and there are a number of equivalent digital streamers out there with a similar feature set (Patriot, Roku, D-Link, Pivos, etc.). Although it's primarily meant to be a digital HDMI transport, I wanted to see what this could offer for the audio lover... In my mind, "mass market" and "inexpensive" are not bad characteristics. IMO consumers should be thrilled to find a technically good/excellent product at this price point and ease of availability if they can! Furthermore, I think it's worth looking at the "low end" to understand just what is gained with better quality gear more to the "high end".

The P/N at the bottom of the unit was WDBHG70000NBK-01. This was bought back in 2011 by my brother-in-law so current models may have hardware differences. I tried to open the unit up to have a look inside but there are no screws and I really did not want to potentially damage the aesthetics (it's not mine after all!). I see Legit Reviews opened an even earlier unit back in 2009 and found a Sigma SMP8655 SoC inside but didn't comment on what DAC was being used. I imagine this model would be based on something similar. Legit Reviews has another article on this model but no discussion on the chipset.

Let's see objectively then what this little device can do...

Let us first start with looking at what's coming out of that composite/stereo RCA cable from the built-in DAC. The supplied phono-to-RCA cable is cheap and thin but functional, about 3 feet long.

I'm using a high speed 32GB USB3 stick. Although it's a USB2 port, I did not run into any troubles. All audio was encoded in FLAC lossless compression. This setup should provide the best audio quality from the unit (ie. no streaming issues or risk of lossy transcoding). There's no digital volume control to affect the sound quality as far as I can tell. I mainly want to see just how objectively accurate this device can decode audio through its own DAC and as an optical TosLink transport later.

Here's the 0dBFS 1kHz square wave through the oscilloscope: 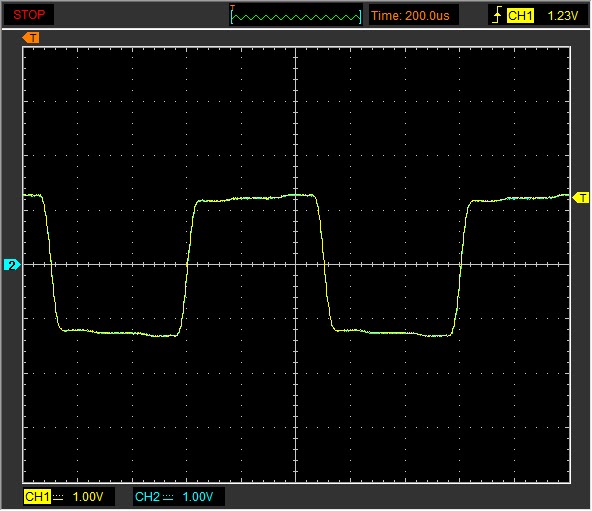 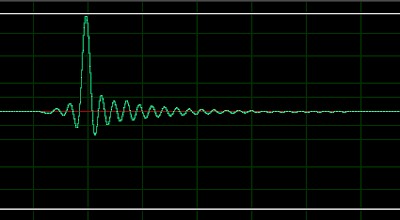 RightMark:
Here is a summary of the "big board" - I've included data from the Squeezebox Touch and with the Transporter representing the kind of result one usually associates with "high end" products:

Basically we see that this device is capable of 16-bit resolution with marginal improvement going to 24-bit data. Interestingly, it seems to be handling 88kHz okay - good frequency extension beyond 30kHz: 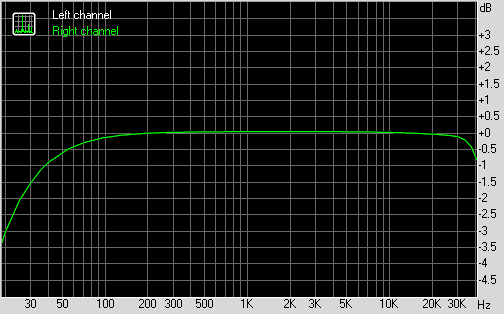 But, 96kHz and above (I also tested 192kHz) looks like it's being downsampled to 48kHz (verified when I did the digital tests below): 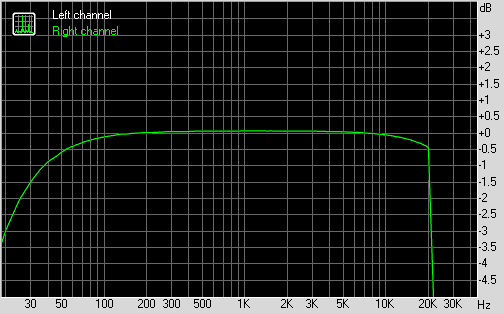 Odd, I wonder why they didn't support 96kHz since it's not that much higher than 88kHz and arguably more useful.

A few comparison charts at 24/48 then:
Frequency Response: 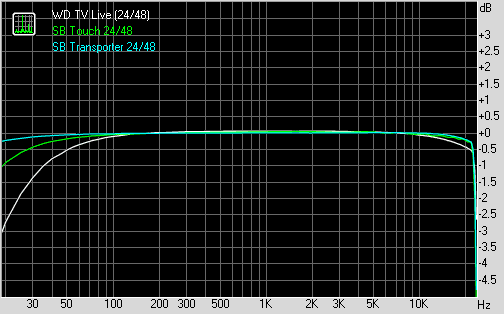 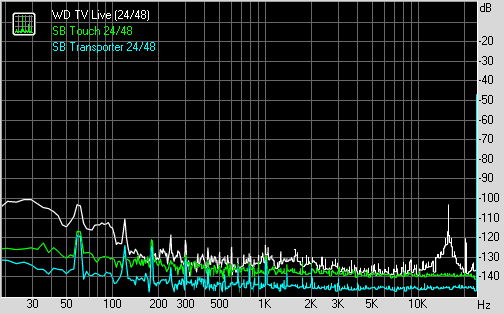 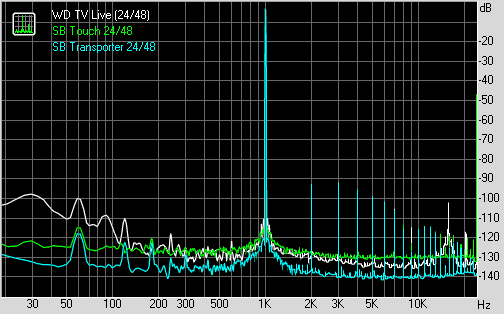 Clearly the WD TV Live cannot compete with either Squeezebox products technically. Frequency response is down to -3dB by 20Hz which can result in audibly weak bass. Also, there's some kind of high frequency noise at around 16kHz.

Jitter:
As I have demonstrated in the past, jitter (as can be measured with the Dunn J-Test) is usually NOT an issue unless there's an S/PDIF interface in the way.  This is true with the WD TV Live: 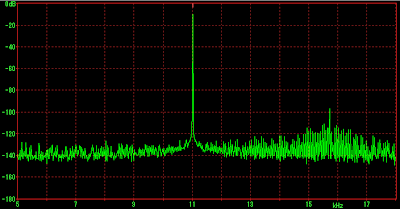 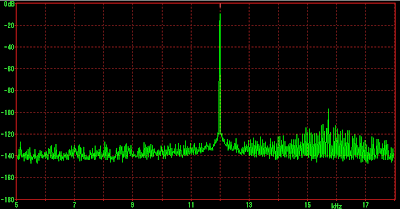 No anomalous sidebands with the J-Test at all. No surprise... However, that nasty 16 kHz noise can be seen in the graphs above! 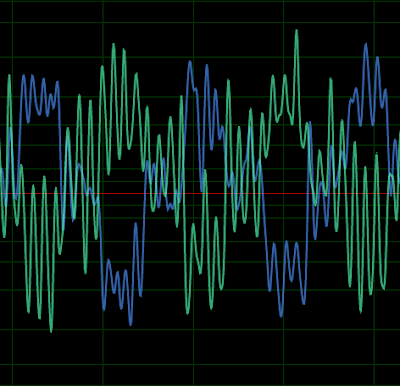 Hmmm. As you can see the left (green) channel is very noisy compared to the right (blue). In fact, you can generally make out the 3 voltage levels in the blue tracing suggesting good representation of a 16-bit bit-perfect signal. I determined that the 16kHz noise was primarily in that right channel...  Ugly, but arguably still better than the TDA1543 NOS DAC I showed in the previous post. Remember that this is zoomed in looking at a -90dBFS signal.

Here's the same waveform in 24-bits: 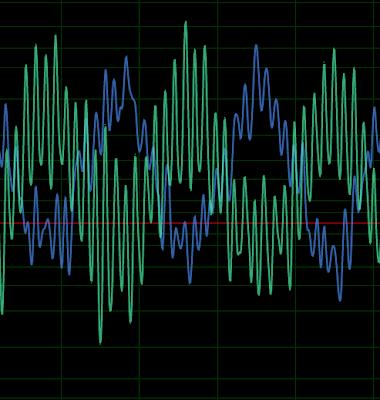 Okay... Obviously the analogue output leaves much to be desired straight out of the WD TV Live.

I tested the WD TV Live with audio set as "Stereo" as well as "Digital TosLink Pass Through" in the Setup menu and noticed no difference for regular PCM audio.

The results are clearly improved over the analogue output above. Basically, these numbers are in line with the usual result out of the Essence One using unbalanced RCA cables. (Note that some of my other tests are with XLR balanced cables which usually improves dynamic range by about 3dB.)

You might be curious why there's no 24/88 result...  Interestingly, even though 24/88 could be played with the analogue output, it doesn't output a digital signal at that sample rate! I can see the Essence One going into 24/88 mode but there's only silence! I don't believe this is an issue with the DAC since with the Squeezebox Touch (EDO kernel), I am able to play up to 24/192 using the TosLink interface (most device pairs are limited to 24/96 with TosLink). 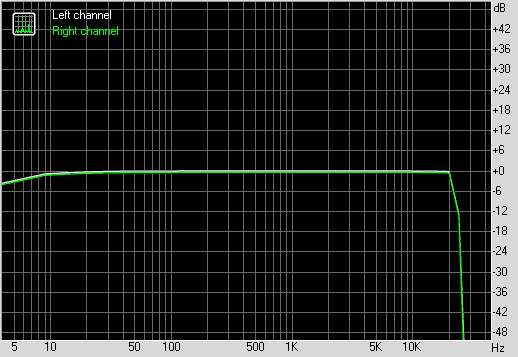 Let's now compare the 24/48 result with some of  the other transport devices I used in my previous post comparing various digital transports connected to the ASUS DAC via TosLink: 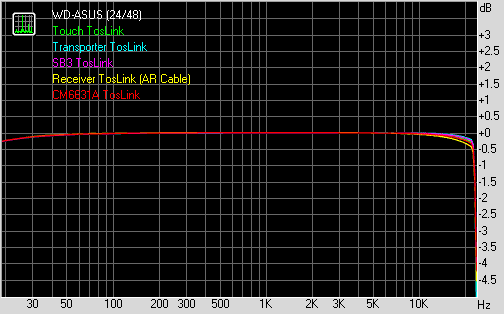 Notice the slight variability between the devices up in the high frequency range.  Again, my suspicion is that this is due to slight timing differences in the S/PDIF signal. Zoomed in, you see that the WD TV Live is actually right at the middle of the pack: 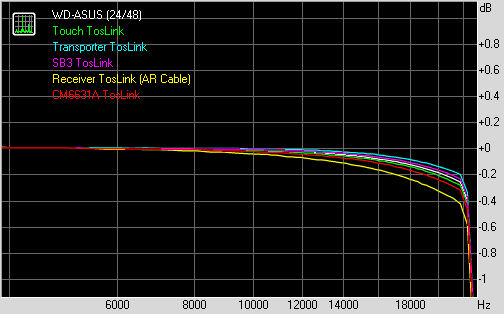 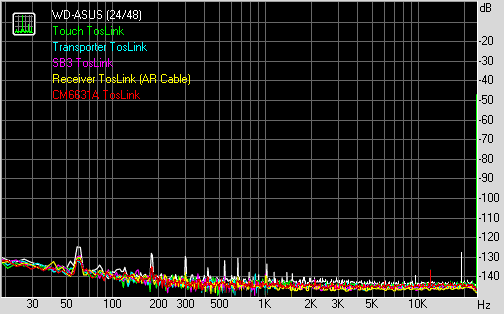 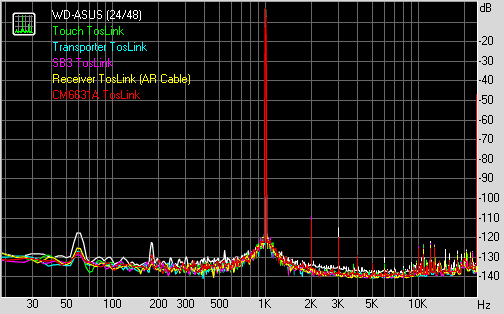 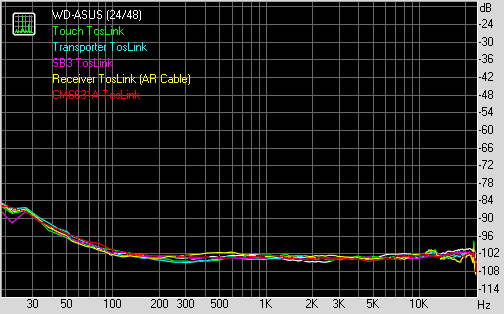 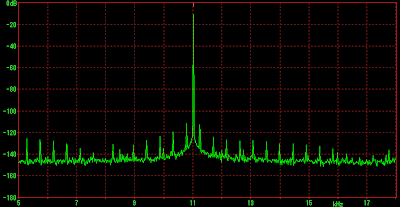 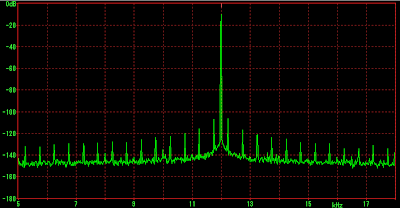 Well, there's the S/PDIF jitter for you. Jitter modulation pattern is obvious which means we're looking at a bit-perfect signal from the WD TV. 24-bit tracing is clearly more jittery than at 16-bits. The WD TV Live's digital output is more jittery than the previous devices tested (you can find those graphs in this post). 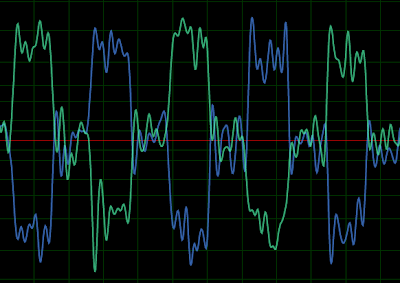 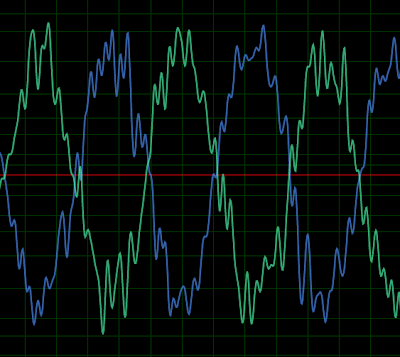 Much better looking zoomed-in waveforms - as expected from the Essence One DAC. Only a bit-perfect source would be able to produce that 16-bit undithered waveform morphology above.

So, this is what a $100 streamer can do in terms of audio these days. On the whole, not too bad actually! Some level of inaccuracy is expected in the objective analysis; not surprising given the compromises at this price point for something that's targeted more for digital video playback/streaming.

In terms of analogue audio quality directly off the unit:
1. It's a 16-bit internal DAC that's demonstrably noisy down at the LSB level. Although it has aspirations for 24-bits, there's really no significant benefit.

2. It's curiously able to manage 88kHz but anything above gets downsampled. IMO might as well stay with 44 & 48kHz.

3. The frequency response is hampered by bass roll-off of a greater magnitude than I'd be comfortable with. This IMO is the most audible effect and results in audibly "weak" bass.

4. There are suggestions of power supply issues with the square wave stability, and electrical noise up at 16kHz especially affecting the right channel in this sample I'm testing.

5. If a person were to complain about the sound quality of the analogue output, please don't point your finger at the dreaded jitter...  The issues above are much more significant.

As a digital transport using TosLink to the ASUS Essence One DAC:
1. RightMark results off the ASUS DAC are completely in keeping with the other bit-perfect transport devices previously tested (like the Touch, Transporter, Receiver, SB3, laptop-to-CM6631A, etc...)

2. This device is strangely incapable of sending an 88kHz signal to my ASUS Essence One even though it can decode 24/88 with the analogue out. Again, 24/96 and above gets downsampled to 24/48. More reason to just stay with 44 and 48kHz sampling rates.

3. S/PDIF TosLink jitter is demonstrably elevated compared to the other devices. This is the most technically anomalous finding (apart from the limited/idiosyncratic sampling rate support).

Subjectively, I had a listen to the analogue output of the WD TV Live with my Sennheiser HD800 headphones over a couple of nights. Despite the measurable limitations, it actually doesn't sound bad. With softer tracks like Queen's Love Of My Life (DCC Remaster) and Tracy Chapman's Fast Car, it sounds reasonably detailed except for a bit of harshness in the upper frequencies ("brittle" sounding high-hats and cymbals for example on a few of the tracks). With louder/bass-heavy tracks like AC/DC's Thunderstruck or Prodigy's Smack My Bitch Up, it doesn't "rock" as hard but most of the bass is still there; just not as accentuated as I'm normally used to. On loud, compressed tracks like Tyler Bates' To Victory ('300' soundtrack), things seem congested but not unenjoyable.

Once I switched to the digital TosLink output, it sounded like the ASUS Essence One. Nice and clear, good bass definition, quiet background. Even though higher amount of jitter is demonstrated with the J-Test compared to the other devices tested, I remain unconvinced that it's audible in regular music. I agree that with a S/PDIF interface, bits are not just bits but include timing inaccuracies (jitter), however I remain unimpressed that jitter of the magnitude I'm measuring with the WD TV Live negatively affects audio quality in a meaningful fashion.

So far, I'm still of the opinion that bit-perfect digital transports sound essentially the same when connected to a decent external DAC (consistent with the results here recently and here where I tested different laptops awhile back).

Remember that for these tests, I'm just using audio stored on a USB thumb drive. I did not set up the WD TV Live to stream off the ethernet/WiFi so cannot comment on how that would sound.

Guys, even though I just got back from a trip, I'm heading off to another soon :-). Busy summer with the family. Have a great August! I hope to check out some audiophile shops in Singapore this time around like The Adelphi.