The other day, I was perusing the Steve Hoffman forum and ran into this thread. Yup, Stereophile's Fall 2014 Recommended Components list is up.

A thread poster noted that the Sony Playstation 1 remains on the list again. And it's a beautiful reminder of how questionable a list like this is.

As someone who has listened to and tested the PS1 (my objective results are about the same as Stereophile's), I can say without a doubt that this makes no sense even though they list it as Class C (lower fidelity but "far more musically natural than average home-component high fidelity"). The device has been discontinued since 2006 worldwide but nobody has said good things about the sound of the later PSOne iterations (and the PS2 came out by 2000 already). The user interface is atrocious - skipping through tracks with the PS1 controller? Hook up to TV to see what track you're on? Pop-up plastic lid? It's not a good looking device - all plastic, cheap gray, ugly controller wires... Has a paucity of features: no digital output to hook up your own DAC for example. Is somewhat noisy in operation and has reliability issues (I know, because I traded in a really well constructed 3DO FZ-1 for an early PS1).

Which then leaves only the sound which is objectively noisier than most cheap CD players and has a characteristic uneven frequency response curve starting around 2kHz and up.

It's a beautiful example of how a particular reviewer (Art Dudley) took an idiosyncratic subjective interest and spun it into something which to this day still "graces" the memory of audiophilia.

Objectively it's far from ideal and subjectively I found it sounded fine but nothing special... But isn't being a "Recommended Component" an achievement to suggest special redeeming qualities found above the equipment's peers? Even if one believes that the standard objective measurements typically performed like noise floor, harmonic distortion, crosstalk, etc. are incomplete, how is it ever "good" to promote a device that can't do these basic parameters of accuracy well? And to even mention something like this in 2014!? I might as well happily recommend my <$100 JVC 5-disk CD changer bought at Costco in 2000 over the PS1 in every way I can imagine - including having cleaner sound quality and the option to hook up a DAC through TosLink.

More recently, consider the 'promotion' of something like the Lector Strumenti Digitube S-192 as a Class A Digital Processor. Well, at least they didn't list it as A+! But how is this a "good" DAC when objectively it's a fact that this thing can't even reproduce down to the 16th bit accurately? That "192" in the product name implies that it's capable of 192kHz "high res", but what's the point when the output noise level is so high? If this was 1995, then maybe it'd be competitive with other DACs; but in 2014, isn't this a bit of a joke? Just because again, a certainly reviewer (Art Dudley) seems to like this type of inaccurate sound? (Oh, pardon me... Music reproduced with this kind of sound.)

In cases like the Strumenti, I wished Stereophile took the approach of saying that the objective measurements supersede the subjective opinion because the facts say so (oooohhh... scary thought...). I know Mr. Dudley is well known, has worked in the industry for years and has heard a lot of good quality gear... But I know nothing of how well he hears at his age, and whether he should hold a Golden Ears certificate. Nor do I agree with the philosophy that subjective reviewers somehow have the task/responsibility of tapping into and reporting on "musicality". Please, let the artist do his/her thing, let the gear be accurate, and let the listener judge if what the artist did sounds musical or not. As discussed previously, purely subjective reviews I believe have limited utility once equipment is tested with objective scrutiny in regard to audio quality. This should not be surprising.

Don't get me started on the Cables or many of these "Miscellaneous" recommendations :-).

Despite my criticisms, I still think Stereophile is the best audio publication these days. The fact that they are the only ones in North America (with wide circulation) to attempt balance is to their credit. And the fact that it irks me enough to bother writing this obviously also means I care enough to wish that it could get better.

Here's a thought. In my opinion, change the list to "Recommended Current Components" to identify that this list is meant to contain equipment currently available or reviewed over the last few years. The PS1 should really not be there. Then create a supplemental list of "Recommended Vintage Components" which contains a running list of all the gear previously recommended over the years. Forgo the paragraph blurb in the Vintage list but identify which past issue it was reviewed; maybe create a link to a $1 PDF for purchase of the review... Might as well make a few bucks and I for one probably would be happy to purchase a few at that price point which I think is very reasonable considering how cheap an electronic subscription costs!

PS: Speaking of using the PS1 as a music player, here's a cool DIY site.

This brings me to some final observations and parting thoughts for the week. I'm definitely into major speculative musings here. 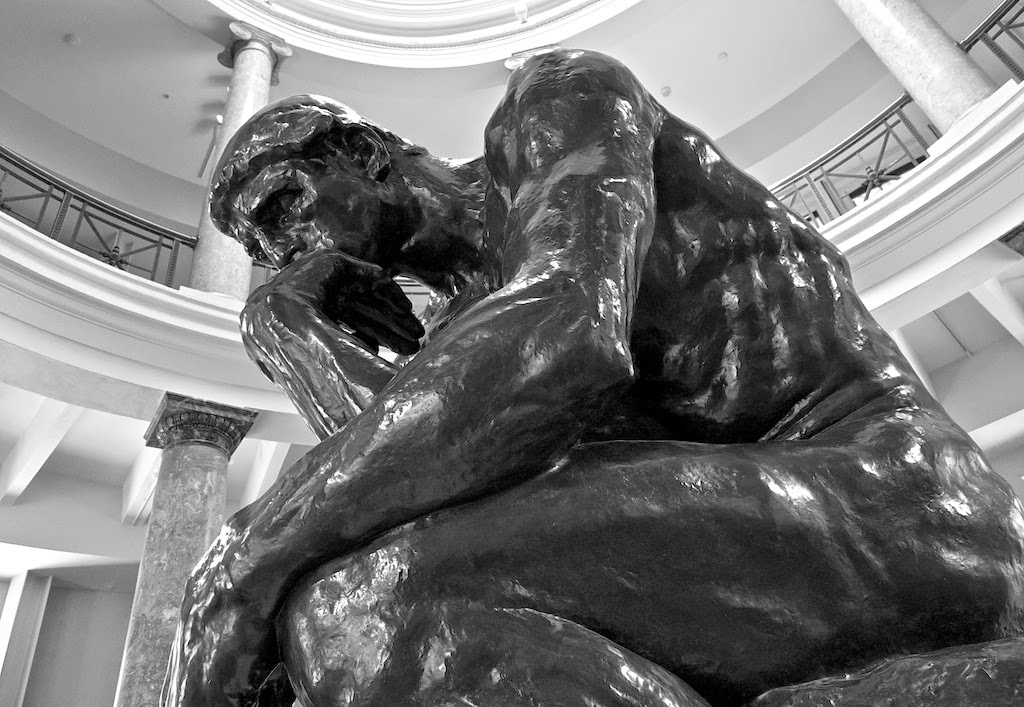 I think the tide towards "more objectivism" has started. The forces of change are many, some of which have been highlighted by AudioPhil's personal journey. I suspect his trajectory isn't all that uncommon; a shift over time from the grasp of the so-called "high end" of subjective hype and superficial reputation / appearance, into a realization that "good sound" these days should not be determined by a fascia made of aeronautical milled aluminum nor has anything to do with extravagant cost.

The rationale I believe is fourfold:

1. Technology has advanced and engineering has easily reached a level where affordable equipment can surpass human auditory acuity. This has been the case for more than a decade now where reasonably well engineered devices can achieve >16-bit resolution as a concrete example. The cost of a device that can objectively achieve this should be <$500. A simple DAC like the <$200 AudioEngine D3 or my AUNE X1 DAC (<$300) are examples of this at low price points. That's just plain reality. Good, accurate sound should be a pre-requisite for "recommended" gear by default, and if one is recommending based on a "colored" sound (tube sound, NOS DAC sound), just say so.

2. I believe the Music Industry will start "objectivisation" of music further. As much as I feel it is misguided (vis-à-vis the 16-bit vs. 24-bit test) to sell more remasters in the form of a veiled attempt at promoting sound quality, the marketing departments are gradually "educating" the masses about lossy vs. lossless vs. hi-res. And they're doing it using the lowest common denominator - promoting the parameters of the file container (simplistic idealization of high bit depth and samplerate while demonizing MP3/AAC). Look at how Pono idealizes "24-bits!" and "192kHz sampling rate!". I believe soon, digital equipment reviewers will need to prove that indeed the piece of gear is capable of benefiting from the greater bit-depth - the only way would be at least a partial acceptance that measurements are necessary. This isn't all bad since it will promote more accurate devices. In time, I believe purely subjective reviews will ultimately lose readership; essentially becoming an extension of the advertisement arm of the Industry. (I believe those glossy picture-filled audio magazines are already there.) Depending on the desperation of the industry to promote the high resolution digital meme, there will be continued push towards a (again misguided) comparison with vinyl in order to sway those who have special reverence towards all things analogue. There might even be increased animosity between the two camps to gain market share.

3. In the big picture, generational dynamics will IMO strike a blow against subjectivism. As the Baby Boomers age, diminish in societal influence, and depart, those that come after will take up the audio hobby in their own way with their own values. The so-called Gen X and Gen Y (Millennials) are without question more technologically savvy. Raised in an environment witnessing the rise of digital in all areas of communication and media since a young age (and noting benefits of the digital age without undue fear or sentimentality), the new generation will gradually dilute analogue biases and practices. Something as simple as lossless file formats being free from multi-generational copies or that the sound of FLAC is no different than WAV/AIFF (this seems to be lost on folks like Cookie Marenco) will be as obvious as swiping a touch screen. In any other area of digital gear evaluation, it is well accepted to use objective measurements (is that SSD faster than HDDs? How much faster is USB3 vs. USB2? Does the Retina iPad Mini display look clearer than the new Galaxy Tab? So how good is the color space rendition of that new monitor?). For decades now, computing sites like AnandTech or Tom's Hardware have done reviews demonstrating objective ability. Look around your local bookstore, at least around here, gone are the 'generic' thick monthly computer magazines like PCWorld and in its place are either enthusiast magazines like Computer Power User (chock with reviews using objective measurements) or the various "iPad for Seniors" special editions. There is no reason audio hardware should be spared from a greater level of scrutiny. Of course, I do believe subjective opinions have their place and would be valued when it comes to usability, look & feel, verification that the sound isn't unexpectedly awry, some music recommendations, interesting anecdotes, and of course general entertainment value.

4. With generational changes as big as what we are likely to witness with the Boomers,  there will come societal changes in terms of wealth and values (among a myriad of other issues like health care entitlement, debt obligations, environmental concerns, even the fabric of societal morality). For example, I think most of us would not argue with the idea that there's something wrong with how things are going with the economy. Disparities and inconsistencies appear the norm rather than the exception all over the place. It will not be a surprise to see a shift in the appetite of debt and consumerism to one of saving and maintaining wealth in the decades ahead. This will change our values and attitudes about luxury goods and what really is "good". Although a miniscule piece of the big picture, tides of change will not spare the "high end" audio industry. These are massive issues and not ones I can fathom discussing with any sense of justice to the topics in this humble blog.

No, I don't expect these themes to take hold overnight. Fundamental shifts almost never change quickly (sometimes they do during times of revolution of course) but these are some of the trends I'll certainly be looking for in the days ahead. Hey, maybe in 10 years I'll come back to this post and review the scoreboard assuming I care about audio hardware at that point!

Until then (2024), get a nice seat in front of your favourite audio set-up. Put on some good tunes. Enjoy the music. :-)