Everyone is entitled to his own opinion, but not his own facts.   --- Daniel Patrick Moynihan
Human passion is an interesting phenomenon isn't it? With it, we as individuals can strive to achieve in ways we look back on and marvel. Passion drives creative pursuits like symphonic compositions or visual masterpieces. Prosocial acts of compassion and love flow from this most mysterious fountain to produce individuals of such distinction that we cannot help but show reverence. Scientific achievements likewise require the passion to fuel the drive for understanding whether in creative ways (consider Einstein's "thought experiments" resulting in the theory of relativity), or the power to endure and overcome the monotony of experimentation (how many prototype light bulbs did Edison make?).

As a community, a common passion provides the glue that bind us together. A sense of vision; of purpose. Consider the joys of a close-knit family, teamwork (hopefully!) at one's place of employment, or the excitement fuelling the rise of one's favourite sports team, or the pride of one's nation in the Olympic Games.

Passion also ties us together in less grandiose ways of course... For whatever reason, the fact that you're reading this post probably means you have an affinity to audio of some form. Perhaps you're an avid album collector revelling in the ownership and experience of music, or maybe passionate about the hardware side; the fascination with the equipment itself which can enhance the joy of music. Given that I have put together many articles on this blog on the hardware, I must count myself also in some way as part of the "hardware" subculture of audio.

As much as human passion (and emotion in general) can be positive, we must be careful of the converse effect. Consider notorious individual "crimes of passion", terrorist groups, racial acts of hatred, or destructive cults and religions throughout world history. Again, these are the extremes, but they highlight the dangers inherent in individuals or groups when emotions rule, but rational thought, and reality-testing become suppressed.

The folks on the Squeezebox Audiophile Forum bring up interesting articles on the web every once awhile. Recently, there's this discussion about this ethernet cables and jitter article. On the surface the author makes a case for timing being inherently important in audio. Sure, that's true. But of course, for anyone who understands the asynchronous nature of ethernet data communications and how jitter originates in the DAC and can manifest in the analogue output, it's quite clear that the simplistic explanations presented just makes no sense. Yet in the "hardware audiophile" subculture, it's somehow encouraged to accept magical thinking such as this about needing "better" ethernet cables and those who are bold enough to state the facts are often painted as "closed minded" or those unable to hear the reported subjective difference are branded as having "cloth ears" or accused of not using equipment of adequate resolution (or adequate price?). Of course, audiophiles of this variety discount objective analysis that "captures" and measures the sound and refuse to acknowledge methodology which would remove subjective biases as if they are immune to well described psychological phenomena (eg. banning discussion on ABX or blind testing in some forums).

When a group of people gather together with a common passion, share ideas initially based on some semblance of fact but in time builds and are fuelled by purely subjective testimony, and ultimately discounts divergent opinions (confirmation bias), what we end up with is a subculture based on faith. It's quite evident that this is what has become of discussion around high fidelity audio reproduction in many parts of the Internet and in the print magazines in general. Where there is faith, fought with vigour, breeds a form of religion.

Since time immemorial, money and religion have always been intertwined. The sale of items of faith has always been a high margin proposition (consider the sale of indulgences). As a business, audiophile equipment is of course about the profit motive. However for years now, claims have been made about various dubious hardware (particularly tweaks, cables, "room treatments") and in recent years software (like OS optimizers and playback software) based on articles of faith without any evidence whether directly (see p. 128 in the January 2015 issue of Stereophile for a contemporary example) or indirectly through published articles in the audio "press". The question of journalistic ethics is certainly questionable with a number of websites where financial supports remain undisclosed. Complicit in this is the audiophile mainstream media's apparent lack of courage and conviction to take a stand to question or test these claims in any reasonable manner as to whether these items make any discernible difference. I can only presume with the loss of subscription income, magazines probably are at a point where they are at the mercy of advertising dollars to survive (in this regard, we can't blame them I suppose since "biting the hand that feeds" them will lead to their own demise). But without a media willing to engage in critical thinking to sort out faith from science, how then can the typical audiophile be educated? I cannot help but believe that in the face of all of this, independent blogs and message forums become important for critical thinking in this day and age (and not just for audio).

Much of what I describe above isn't unique to the audiophile world. Consider homeopathy, alternative health care, or the nutraceutical industry where likely much (or all) of the "effect" is placebo, yet many subscribe to the beliefs wholeheartedly and spend significant dollars as well. At least there are some regulations in that industry and even Dr. Oz got his hands slapped before the Senate earlier this year. Many of these alternative theories can of course be discounted, but medical science still holds many mysteries to be discovered as it develops and secrets of the body are revealed. The thing about audio of course is that this is a mature applied science we're talking about (especially digital computer audio), not discovering some new frontier in genetics for example! We could argue about audibility of things like 16/44 vs. 24/96 knowing that maybe 16/44 is cutting too close or that there could be filtering issues with some DACs around the Nyquist frequency. But there are other things like ethernet cables where there really is nothing to argue about by virtue of what it is and what it was engineered to do! All of that stuff about timing and jitter (referring to the article above) are just not possible "issues" between otherwise error-free ethernet cables. A belief or "faith" that it is possible constitutes some kind of magical thinking which when systematized (as the Industry might want to do to instill fear and uncertainty) adds to the overall audiophile myth. Not some new frontier for science to explore, but certainly more ground for manufacturers to create revenue from the unsuspecting audiophile told to expect an upgrade in sound and cheer-led by the press.

I do not begrudge companies for making £1,600 ethernet cables. If money went into the materials used in construction of these cables, I'm sure they'll look and feel nice. But Patek Philippe makes nice expensive watches and they don't claim superior time accuracy. But Chord feels their ethernet cables sound better ("big differences") and evangelism from the "priests" in the audiophile press continues (here, here) with not a shred of evidence over these years. (Could it be? There just is no evidence other than mere testimony? And how much money are you willing to tithe to the Church of Audiophilia?)

Merry Christmas everyone! No matter how busy the holidays may get, I hope you find peace, love, and time to enjoy the tunes. :-) 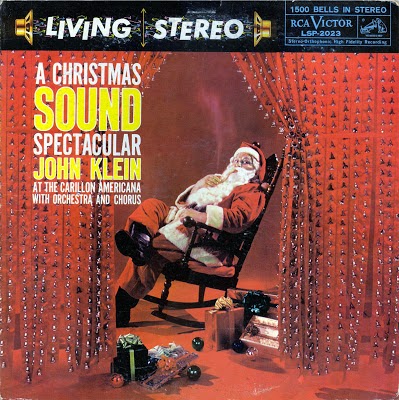