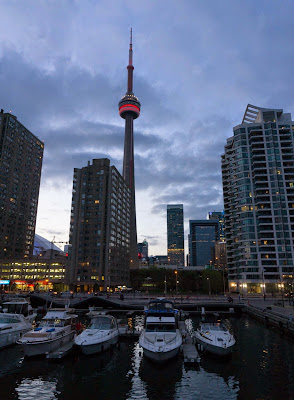 I've been busy over the last week in Toronto - work plus a little sightseeing and visiting with family and friends. With my hotel nearby, I managed to scoot over to Bay Bloor Radio at the intersection of Bay and Charles streets downtown to have a listen. 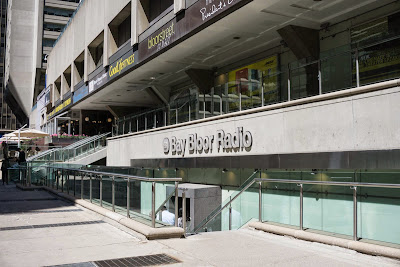 I believe this is the largest (by space) audio store in the downtown Toronto area. They have a reasonable selection of audio gear to check out. Two floors with the top floor basically Bose stuff. Most brands they have are "mainstream" names but there's certainly some very good stuff to like here. 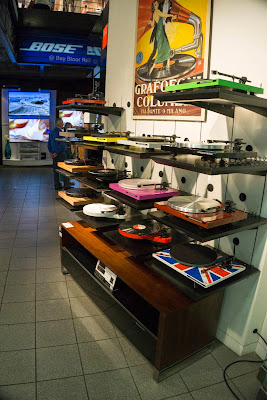 Here's a nice selection of Pro-Ject (Carbon, Xpression) and Rega (the Union Jack RP3) turntables at the entrance. None of these hooked up but there are a few turntable setups inside to listen to. 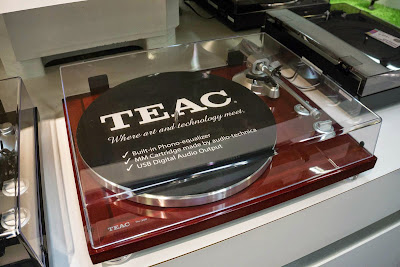 Speaking of turntables, I thought this TEAC TN-300 looks pretty nice, reasonably well built belt-drive unit, and has some good reviews on Amazon as an entry-level model.

There was a headphone bar in the store and this headphone amp / integrated amp / DAC caught my eye: 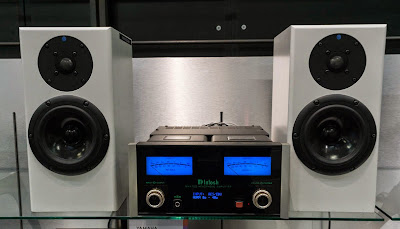 The McIntosh MHA100. 1W headphone power with switchable headphone output impedances (you see I have it for 8-40 ohm headphones currently, other settings for 40-150 / 150-600 ohms). 50Wpc stereo amp. Hooked up to some Totem Rainmaker speakers. I asked to have a listen - guess what - no source connected! Disappointing...

Speaking of Totem speakers, there was a room with some Totem Arros hooked up: 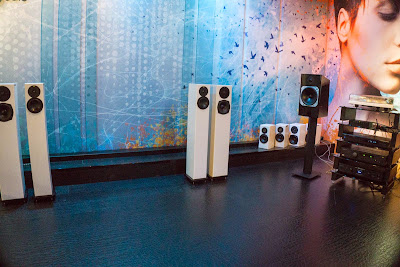 They're the medial floor standing pair. Hooked up to some Arcam source and amplification to the right. Playing Ray Montford's One Witness (off Shed Your Skin - 10th Anniversary, 2007). Despite suboptimal acoustics (bare floor, glass window behind me), the little speakers were able to put out some reasonable bass, good clean mid-range and detailed treble.

Then there's this Totem setup: 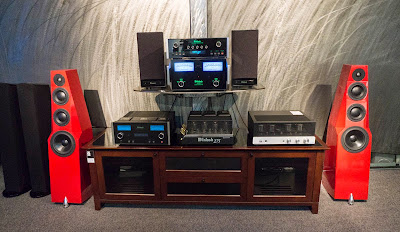 Those red ones are Totem Winds. For about CAD$15k/pair, I really wanted to have a listen hooked up to the McIntosh MC452 (450Wpc). But guess what... No source attached again! Well, at least I had a listen to the adjacent GoldenEars Triton 3s (~CAD$2500/pair): 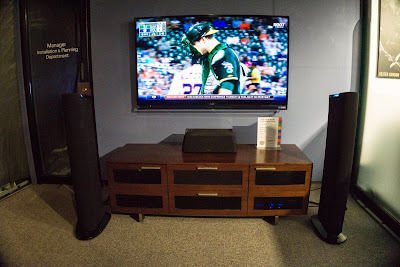 Those ribbon tweeters have a very smooth characteristic to them amplified by the Yamaha RX-A2040 "AVENTAGE" home theater receiver. The speakers have built-in powered subs in a small footprint fit for the urban decor. Just make sure not to make neighbors unhappy if you live in a condo/apartment complex! Personally, esthetically, I'm not in love with the cloth-wrap-around look however.

Finally, I spent some time listening to their "best" system in store (also the best acoustically treated room):
Sonus Faber Olympica III's (hmmm... could have been Olympica II) connected to an all-McIntosh source with monoblock MC601 amps. I had a listen to Lionel Loueke's Tribal Dance (off the album Heritage, 2012). In comparison to the Yamaha/GoldenEars, this system was clearly more detailed in the little nuances and better soundstage. Of course it's difficult to compare given the room setups... As expected, the reflections in this room were much reduced so it's certainly possible that what I was hearing could have been primarily room effect.

Well, it was fun visiting the store... The salesmen were friendly and open to a demo with music on hand. The only concern as you can probably guess is the fact that two of the prominent displays (the McIntosh headphone amp and red Totem Wind setups) were plugged in, ready to roll with no music source! Certainly I do not expect to be able to listen to everything a store has on hand (for example there was a lovely pair of Sonus Faber Amatis sitting in the high-end room), but to actually have almost complete systems sitting there, begging to do the one thing they were designed for just seems a bit too much... Surely, it would not have been tough to plug in a couple of CD transports digitally, or maybe an iPod dock.

Of course, I am not picking on Bay Bloor here, but rather a comment on some showrooms I have visited in North America over the years.

Back to Vancouver next week! Hope everyone is enjoying some glorious music... I'm certainly missing my evening listening ritual :-).