Digital Filters Test CLOSED & What Do We Have Here? [Updated]

As planned, this is the close-off date of the Linear vs. Minimum Phase Digital Filters Test. I hope everyone who wanted to participate got a change to have a good listen and submit their results! Thank you to everyone who did this. As usual, I'm very appreciative of the time and effort to download, load up the files, and of course the careful listening!

So, I will take the next little while to process the numbers and see what I come up with. I can share with you though that in total, I received 45 responses. This is actually close to what I imagined (about 50) based on past experience. The procedure isn't as simple as something like the 24-bit or MP3 tests done in previous years so I certainly did not expect the same kind of response. 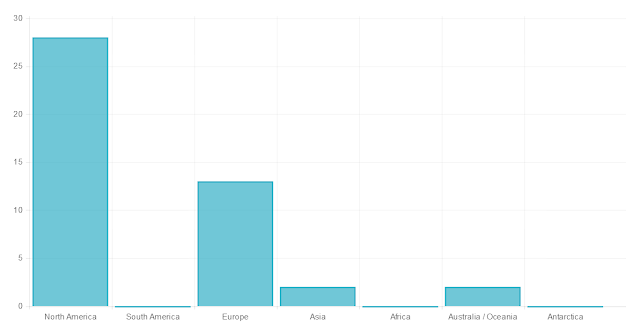 Looks like North Americans "win" in terms of number of entries by geography :-). 62% (28) of the respondents were from North America, followed by 29% Europeans, then Asians and Australians the same (4.4% each).

Okay... I will post up the data / analysis / and conclusions when I get the information processed! 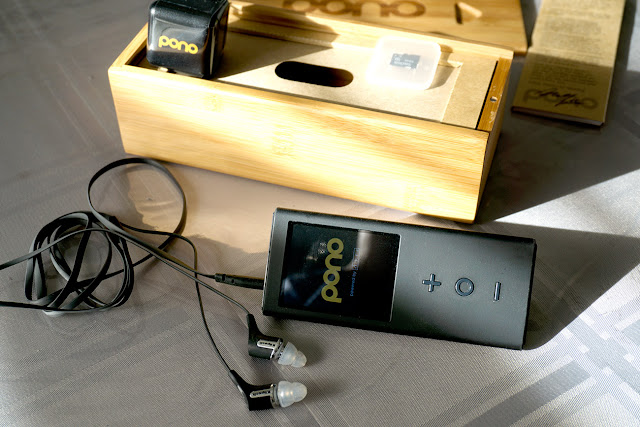 Yup. The PonoPlayer. After all that has been discussed on this blog, you might be wondering why I'd spend some money to purchase one of these... Simple...

1. I got it cheap!
2. Objective testing cross-correlation.

Regarding the first point, realize that the PonoPlayer is not available here in Canada. The only way to get it would be mail order shipped from the U.S. In fact, until I got this in my hand, I had never actually seen one of these live! Let's just say that I managed to purchase this unit at a significant discount to the retail price.

As for point 2, Stereophile spent a lot of time on this both in the review and follow-ups as well as editorial comments and on their affiliated websites! No doubt, the PonoPlayer represents an important "landmark" of sorts in the push towards "high resolution" audio despite the powerful negative press and polarizing spokesperson. One interesting effect is that Stereophile has published many graphs and other objective data on both the unbalanced and balanced modes. They use the expensive Audio Precision SYS-2722 (USD$15,000+) for these measurements. As a hobbyist, there's no way I'd want or need to buy this thing, so I figured it would be a good opportunity for me to use my usual test gear to see how closely my results correlate with work from the pros :-).

Alas, the night getting on and I better get back to stuff for work!

Have a good weekend everyone!


PS: A few quick additions here to do with the PonoPlayer.
1. The "Revealer" has indeed been included in the newest firmware update from May to version 1.0.6. It looks like JRiver/PonoMusic World software transcodes 24/192 music into different versions for playback on the Pono - 256kbps MP3 (based on Lame 3.99r it looks like), ~256kbps AAC (at 48kHz), 24/96 FLAC, and 16/44 FLAC. They are saved as separate files on the player.

2. As suspected, the player does not seem to recognize DST-compressed DSD64 .dff files. A real shame! As I have expressed previously, I feel that lossless compression for DSD is an important feature; just as important as tagging given how inefficient (and thus compressible) DSD data is. Seems like a waste of space to have all those uncompressed DSD files in a device like this with limited storage space.

4. In early May, Leo Laporte interviewed Neil Young. At around 40:25, Neil Young talks about using Klipsch R6 headphones as his choice on-the-go... Folks, guess what headphones I have in the picture above :-). Seriously, I would *not* recommend these headphones for the Pono if you want neutral sound especially if you're listening to 16/44 music. I suspect that Mr. Young recommending them says something about his hearing ability! We'll talk more about this in another post... (Purely coincidence that I have these Klipsh headphones.)

Posted by Archimago at 22:27:00
Email ThisBlogThis!Share to TwitterShare to FacebookShare to Pinterest
Labels: Digital Filters, Pono