Season's Greetings everyone! As part of my travels, this past week, I spent some time at the "Big Apple"...

As expected, the crowds were enormous this time of year in Manhattan but what wonderful atmosphere to take in! The museums, the shows, the people, the food... Remarkably mild weather too.

I didn't have time to visit any specialty music stores. Just noticed a decent collection of new albums at the Urban Outfitters on 5th Ave: 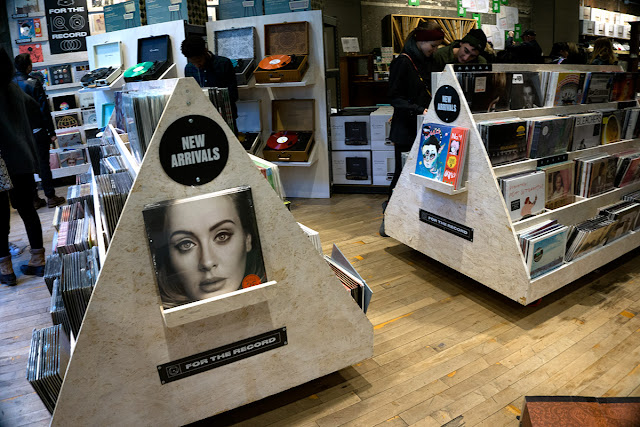 Saw an Onkyo turntable there but otherwise it's the wall of Crosleys (gads!)... Well, looks like they also had a selection of cassette tapes: 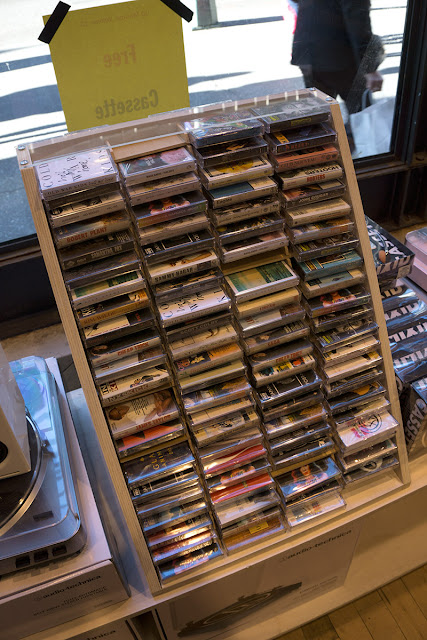 They were giving away some mix-tape (as can be seen advertised on that yellow "free cassette" paper taped to the window). Hey, maybe the cassette tape is making some kind of come-back after all :-). I see the selection of tapes were going for about $5-6.

There was also a small LP display at Barnes & Noble a block down, not much stock there. As usual, LP's priced from $20-50 for the most part...

I was able to "escape" from other commitments and shopping with my wife to head off to Stereo Exchange in the NoHo neighborhood on Saturday afternoon to get a taste of the local audiophile shops though: 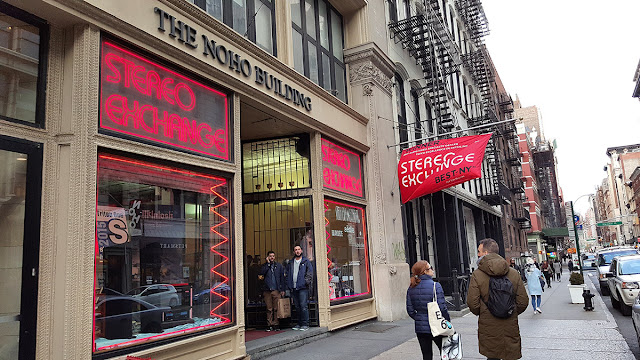 It happened to be the same time as the "GoldenEar Event" mentioned on the Stereophile website. Got to meet Mr. Gross there (nice guy). I stuck around to listen to a few tunes played back with the GoldenEars Triton Five towers with and without the SuperSub XXL. Sounded good with nice dynamics when the music called for it and excellent frequency extension. It looks like the demo CD used had a similar tracklist to this "v1" posted; I noticed a tracklist labeled "SG Demo 2013 v2" on the rack:

There ya go, some audiophile tracks to hunt down and try for yourself (typical audiophile music like Pink Floyd's Dark Side..., Jazz At The Pawnshop, Chesky label music like the Ana Caram, Reference Recordings material like Turtle Creek Chorale's Requiem). Track 2 "Male chorus / Peter Lyngdorff demo" was a mystery - anyone know what this track is from previous GoldenEars demos? It sounded great!

As usual, it is very hard to judge accuracy and quality by listening to unfamiliar pieces and in a rather sub-optimal space (spacious warehouse-like ceilings, carpeted floor, but background noise too high to appreciate subtle nuances!). 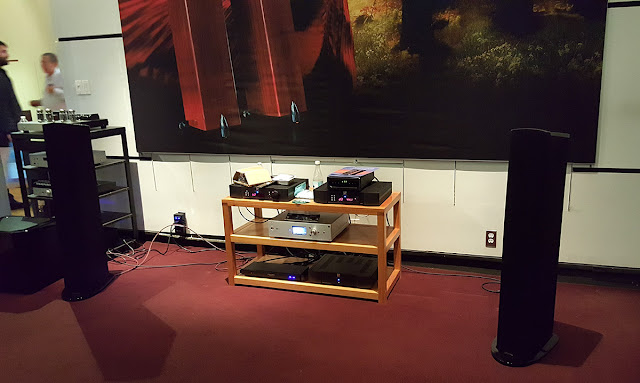 Simaudio electronics for CD and amplification - didn't pay much attention to the models. Sony in the middle rack was not being used when I was there.

A few other pictures of the store... 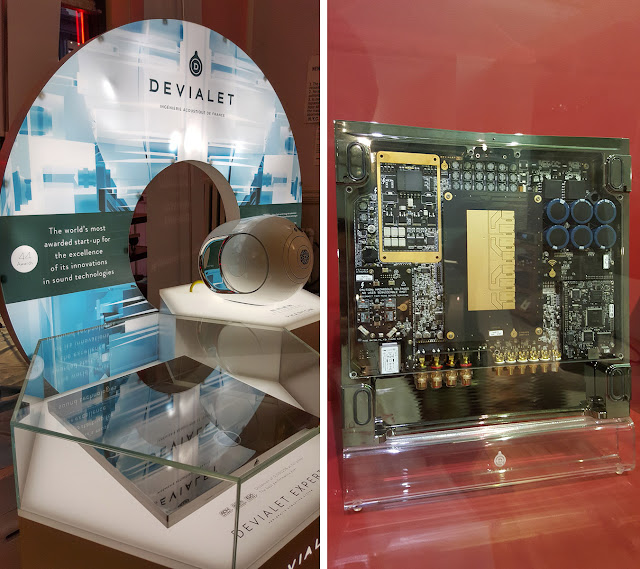 Devialet well represented in the store with a display out front and the innards of the integrated amp on display. I noticed they had a couple of Phantoms in one of the audio rooms - didn't get a chance to listen (but I did hear them earlier this year at the Vancouver Audio Show). 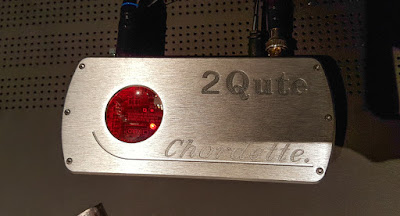 Sure, Chord gear can be "Qute"... Up to you whether that's the look you're going for of course! 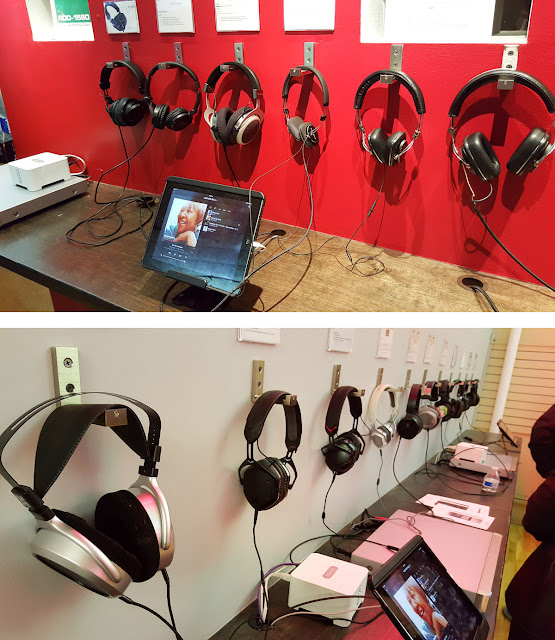 The headphone bar with selectable music controlled through the iPad, streamed off Sonos to headphone amp. Various headphone brands but not the best models on display. 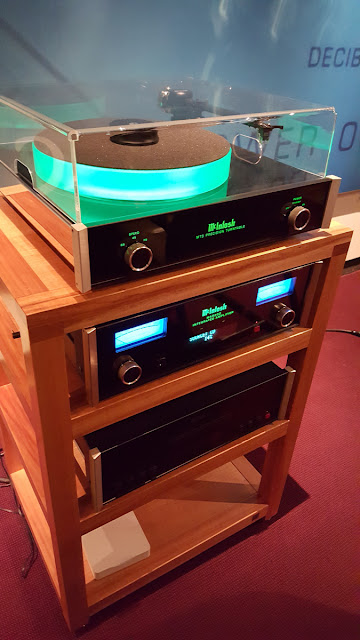 I do find it enjoyable checking out the stores in various cities. I must admit though that Singapore's The Adelphi remains on my list of "must visit again" - maybe summer 2016 :-).

Will be heading back to Vancouver to be with the family over Christmas. I hope this is a festive time for you and yours. And even if the season is a difficult time for various reasons, I do hope you all have an opportunity to enjoy the music...