As We Hear It: Another High Dynamic Range Christmas Playlist (2021 Edition) by Allan Folz 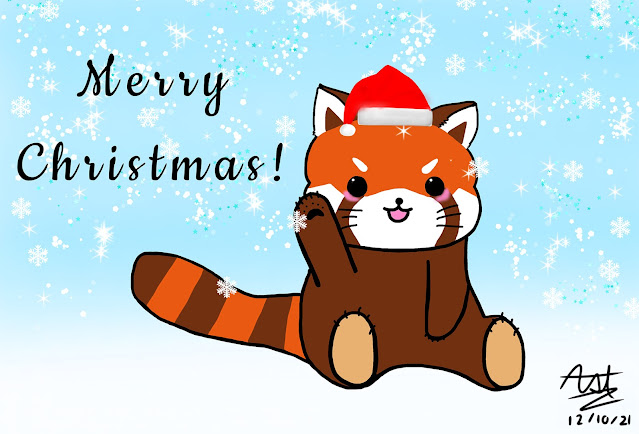 [Guest Post by Allan Folz]
Last year I shared with readers some of the Christmas albums that were a large part of our family's holiday tradition. Mostly they were CD's I bought in the mid and late 90's, which we listened to every year from Thanksgiving to Christmas. They were an eclectic mix of standards with the one thing in common that they all sounded great. Years later I learned about the importance of dynamic range and realized there was a objective reason I never tired of listening to these every Christmas, year after year. They sounded great because they had excellent dynamic range.

While those albums will always have a special place in our Christmas tradition, with streaming services now broadly available, over the last few years I have added some new favorites to our listening rotation.

Last year's guest post was so well received I took it as an invitation to write another post sharing some of our newer favorites. (Ed: Absolutely, Allan!) Many of these albums I listen to via streaming service so I don't always have dynamic range measurements from the CD's to compare. Rest assured they all sound great. 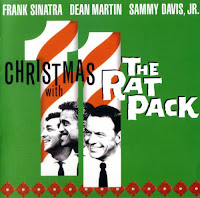 This was a CD purchase several years ago. Apparently before 2013, as my copy has 21 tracks. Beware, it was re-released in 2013 with 5 fewer tracks! Frank Sinatra, Dean Martin, and Sammy Davis Jr. sing Christmas standards from a time when vocal talent and skills mattered. The songs have classic, big band instrumentation which makes for an interesting change compared to contemporary pop music.

I'm not exactly sure why, but my favorite of the three singers is Frank Sinatra. While Dean Martin's voice is smooth as can be, maybe too smooth, Sinatra has something to it that sticks with you and makes me want to come back and listen again and again.

My favorite track on the album is probably the last, "Auld Lang Syne". Sinatra and Dean sing it as a duet with an all-women choir as back-up. It is a live recording from the end of a 50's or 60's TV special. It makes a sweet, nostalgic closing to the album, and what is more sweet and nostalgic than Christmas? 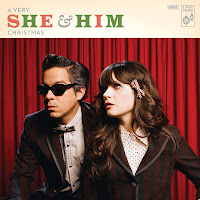 A Very She & Him Christmas, She & Him (Discogs, Amazon, Spotify, Qobuz, Apple)

I can't remember how I discovered this one. I think after watching Elf for the 5th or 6th time I thought to myself, “Zooey Deschanel has a really good voice, I wonder if she's recorded any music?” I was surprised to learn she and M. Ward, an indie singer-song writer had randomly discovered years previously and has grown to be a favorite of mine, teamed up as a vocal duet “She & Him.” (And later married too!)

This is their first Christmas album and I think also their best. It stars Deschanel's airy, angelic vocals with Ward's sparse acoustic accompaniments. It has Ward's production fingerprints from his solo album, Duet for Guitars #2, all over it. Ward sings lead on a couple of the tracks which makes for a pleasant contrast and lends the album some extra complexity and texture versus what we would have with just a solo Deschanel album.

If I have one reservation about this album, it's that the song list is entirely secular. Nonetheless, this is probably my favorite album in this review. It always sounds great no matter what type of music I may be feeling in the mood for. Another funny story about this album is the first time I played it our youngest was maybe 8 or 9 at the time. He comes into the room and says without a moment's pause, “hey, that sounds like the lady from Elf.” Wow, good ear, young man. (Ed: and perhaps future audiophile? ;-) 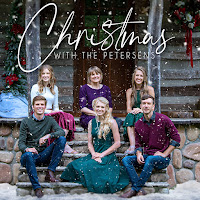 I discovered The Petersen family 3 or 4 years ago listening to Blue Grass covers on YouTube. There's nothing like the sound of siblings harmonizing. The Petersens are a group of four incredibly talented siblings, 3 females and a male, plus mother on string bass and family friend on the square-necked dobro, kind of an acoustic slide guitar.

When Covid hit last year they upped their streaming game and started doing weekly live sessions which they've made into a collection of four CD's (1, 2, 3, 4 and counting...). They had been touring on the gospel and blue grass circuit for 4-5 years prior to 2020 and have an interesting backstory that's a fun project to piece together through YouTube archives since most of their earlier performances are not on their own channel, rather on the venues that they performed at. They started production on this Christmas album pre-Covid, in February 2020, before getting it interrupted then restarting it in the fall after the youngest sibling had started college. They finished it just in time to make the holiday release, November 2020. My favorite track is "O Come, O Come Emmanuel". Julianne is the youngest in the family, and was only 16 or 17 when this was originally recorded. She seems to be regarded as everyone's favorite of the group. Her singing voice has a certain break to it reminiscent of old country and western vocalists. I love it. 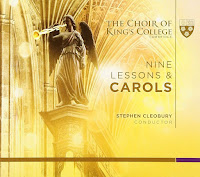 I discovered this album from Pandora. The “Nine Lessons and Carols” are from the Midnight Mass at King's College, Cambridge. There are 11 different recordings of “Nine Lessons and Carols” dating back to 1954. I have not attempted to listen to them all and make comparisons. I liked this one, so have stuck with it. BBC made an interesting documentary on the boys choir and Christmas Mass to mark the centennial anniversary, which I recommend as well.

As for this album, the boys' choir is beautiful, the pipe organ accompaniment is awesome, the prayers and readings are a special touch and I feel give extra meaning to the recording. If that's not your thing, it would not be hard to make a custom playlist that edited them out. This is a 2+ hour recording and I've thought of making a 40 minute mix with just my favorite musical selections. I will one of these years, I'm sure.

Along that theme, there is the Centennial album, which is just carols. Disc 1 has a selection of recordings from the BBC archives, and disc 2 is the 2018 choir singing a number of Christmas favorites. 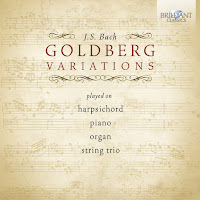 If it's not obvious yet, I love music covers. It's neat to hear an old favorite re-imagined in a different genre. Well, this is a cover album of Goldberg Variations. Genius!

Of course technically this is not Christmas music, but if classical music is not a part of your repertoire, Christmas is the perfect time to mix things up and add some authentic Bach. Also, supposedly Bach wrote these for a patron who suffered from insomnia. I can confirm the Goldberg Variations are wonderful for winding down from a busy day, or from the extra busyness and stress that the holidays can sometimes engender.

The Wikipedia page has an interesting discussion on the method to the variations that is well worth your time if you're new to classical music appreciation. I'll also mention 30 variations are a lot, and often I'm not up for making it to the end. No shame in that, however, the last pair of variations and ending aria really make for a pleasant conclusion. I always finish by skipping to track 30 (Variation 28) and listening to the end. Be sure to give them a listen if you feel yourself losing interest in the middle.

As for this set of recordings, I'm not a fan of the harpsicord (any harpsicord), but the piano, organ, and string trio are wonderful. Listening to the variations played on different instruments is great, and all of the recordings are excellent – something that is not always the case, especially for organ music. If I had to pick a favorite among the four it would be the organ because really excellent organ music is so difficult to find. However, they are all well done. I find myself listening to the piano and string trio recordings almost as often as the organ recording.

Pandora's “Christmas Choral Classics Radio” channel has an excellent playlist of choral Christmas music. If you want some traditional Christmas music without a lot of effort to track down and separate good anthologies from the ho-hum ones, this channel from Pandora might be perfect for you. I usually cue it up Christmas Day if I'm feeling some fatigue from our usual favorites, but would still like some Christmas music in the house.

The one caveat I have to add is commercial interruptions are especially jarring when listening to classical music on Pandora. The native Pandora app on Oppo BDP-105 is still commercial free, so it's not an issue to me. One idea, if the commercials are too jarring, is you can grab the albums from the playlist and cue them up on whichever is your preferred streaming service. For example, in addition to the aforementioned "Nine Lessons and Carols", Christmas Adagios also get a heavy rotation on this channel. Adagios is a 2.5 hour anthology with 45 songs. I have not listened to it as a solo stand-alone album, so I cannot attest it holds up as well as mixed in with other selections, but I've always enjoyed the tracks from it that Pandora has chosen.

Thus concludes another High Dynamic Range Christmas playlist! Between this year and last I hope you find plenty of music to keep you and yours jolly well into the Epiphany. But seriously, if you have any favorites, please share them in the comments. I, myself, have been wishing for leads on a really good Elvis Christmas album, if anyone happens to be expert on such matters.

Merry Christmas to Archimago and the whole Musings community. Ironically, I wasn't as active in the comments this year, but I have followed along and enjoyed the many contributions. Most of all, thank you again to our host whose generous time and talents make this community possible. Thank you, Archimago!

--------------------
Thank you again Allan for another wonderful list of Christmas treats! Nice mix of popular as well as classical albums, secular and sacred. I've already started streaming some Choir of King's College and you've reminded me of the She & Him album which I loved as well when it came out in 2011. All these years I still haven't watched Elf, maybe this year... ;-)
Decades ago, I performed with the Calgary Boys' Choir (yup, grew up in Alberta) and one Christmas we did the Latin "Veni, veni Emmanuel!". Even though at that time I had no idea what the song was about, I remember being touched by the profound feeling of anticipatory yearning. Since then, this has become my favourite hymn in preparation for the joys as we get closer to Christmas Day and time with friends and family.
Here's Hayley Westenra's version from Winter Magic (2009, DR11):
Wishing you and yours a blessed Christmas season... While also enjoying the music of course!
Posted by Archimago's Musings at 09:13:00