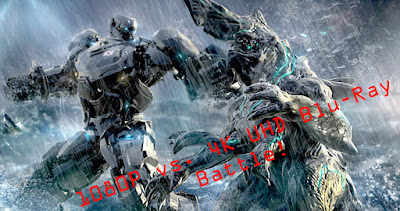 For the record, the UHD Blu-Ray video averaged ~61Mbps 10-bit HEVC and the Blu-Ray averaged ~24Mbps 8-bit AVC. These are good numbers and suggest high image quality without significant artifacts from starvation from inadequate bitrate (remember, video is always "lossy").

As usual, I'll use the typical settings for madVR for HDR-to-SDR conversion as well as high quality NGU upscaling settings:

Let's have a look at scenes from across the span of the movie... 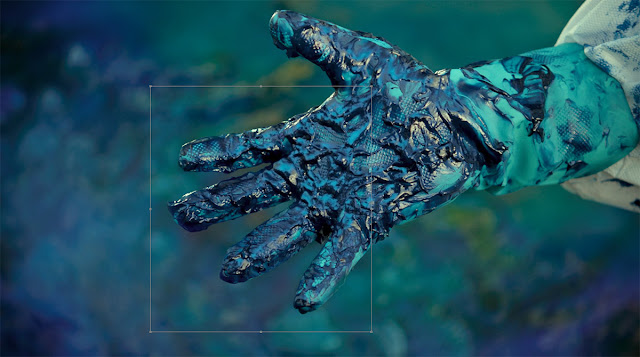 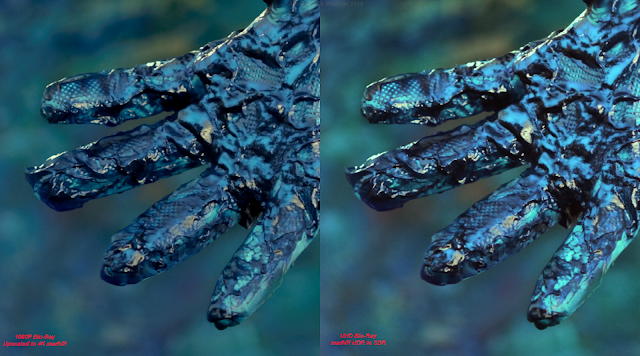 Right off the bat, we notice a difference in the contrast (gamma) between the two scenes. The HDR version looks "punchier" with brighter whites and darker blacks. Also color-wise, it looks a bit more saturated. Depending on the setting of the HDR conversion, we can adjust the brightness, but that contrast difference is evident.

However, resolution-wise, notice the lack of a significant difference when compared 1:1 on a high resolution monitor. 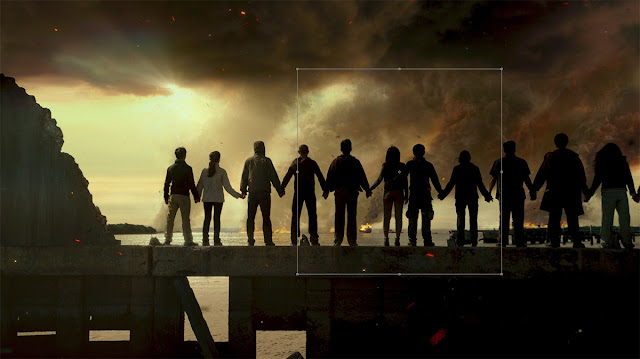 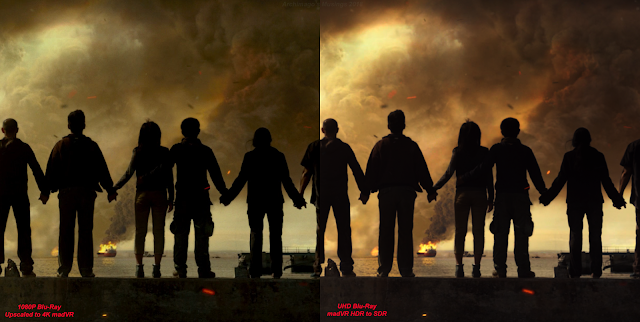 Again, we see the fact that this is a 2K DI. Notice the same resolution for the outlines of the (almost) silhouettes and the flames of the ship on fire and billows of smoke in the distance appear to be of the same resolution. Colors looking more saturated, in this case "warmer" in the UHD Blu Ray version. 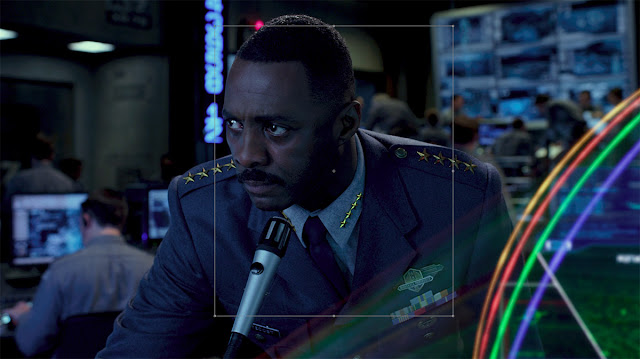 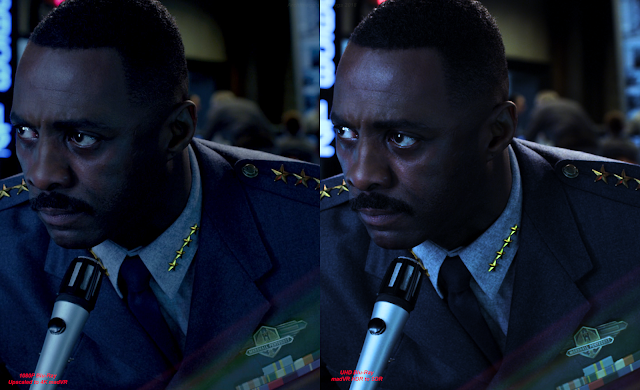 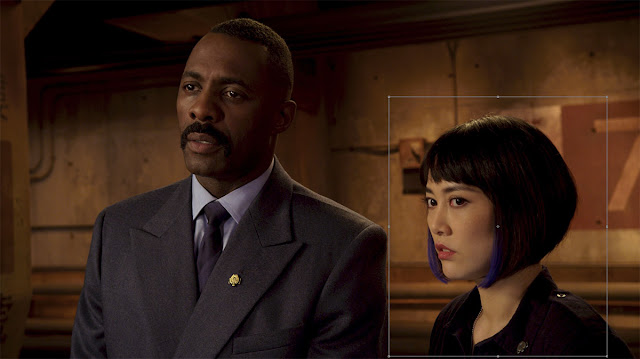 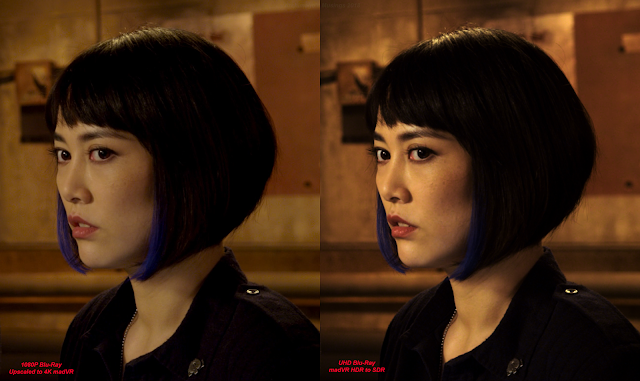 As in previous comparisons. It's good to look at fine details like strands of hair, etc. Again, we see a stronger contrast level with the HDR version but otherwise, details like eye-lashes and hair strands do not obviously stand out with the 4K version as any more defined. 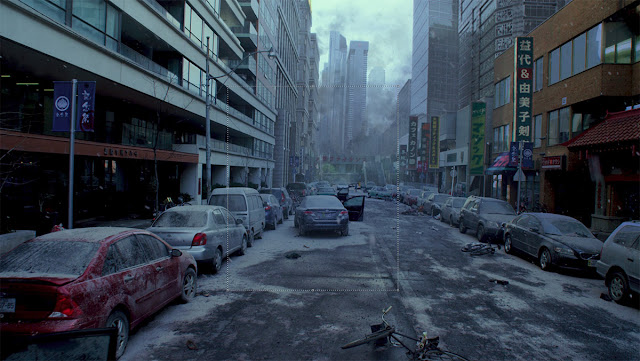 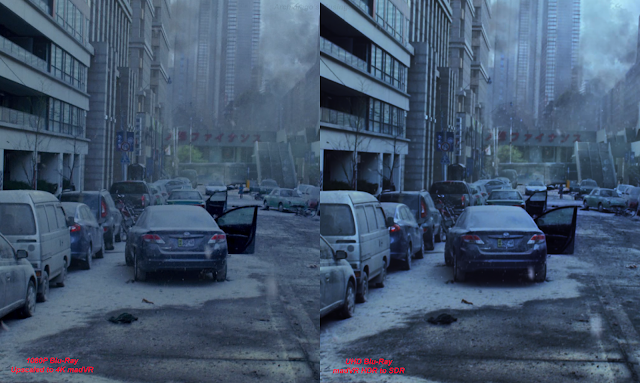 Lots of potential detail here in this scene. But I think it's very clear also that the "4K" version is suboptimal and there is surely much more resolution we can extract if this were a true 4K image. 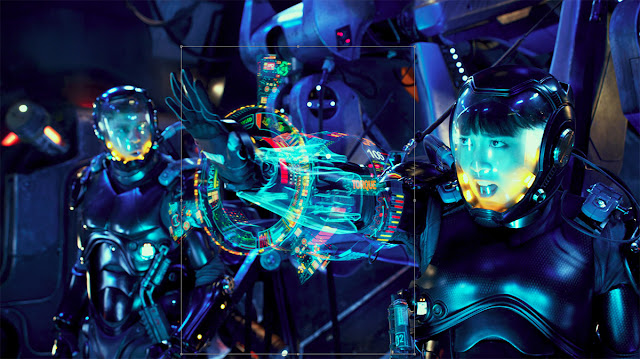 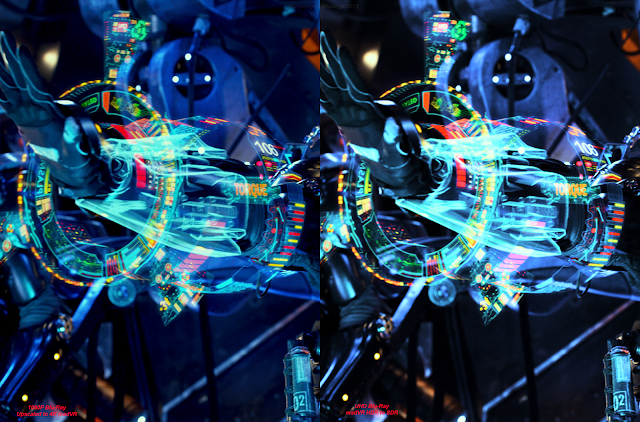 Littered throughout the movie are scenes of the characters interacting with bright neon-glowing hologram-like user interfaces... Like this one inside the giant mechs ("Jaegers").

A few weeks back SUBIT wondered about separating the image into luma and chroma components to have a look. Here ya go:

Okay, so this is not the best example, because we know this movie is based on a 2K DI... Notice that both the luma and chroma samples appear to be of the same resolution. We'll look at this again in the future when there could be more interesting differences to point out in other types of productions. 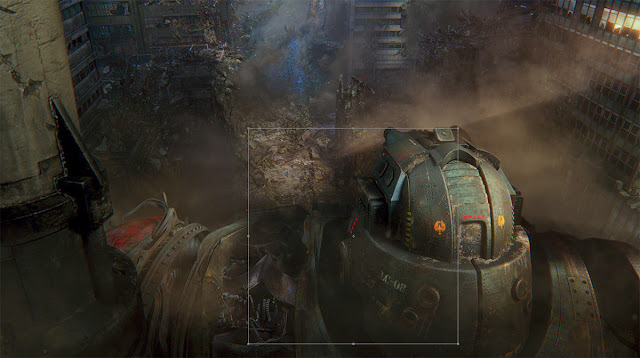 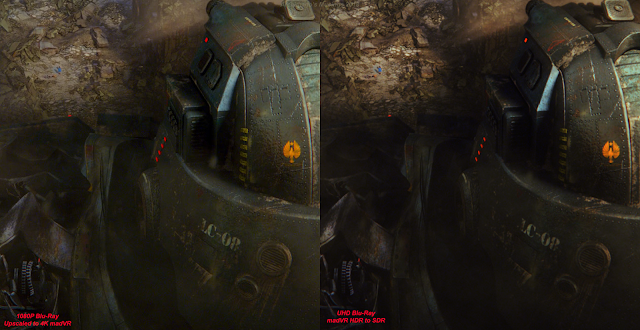 This movie is obviously very CGI driven - I'm sure tons of green-screen type work for the actors. This scene is clearly a render showing the same resolution between 1080P and UHD/4K/2160P versions. 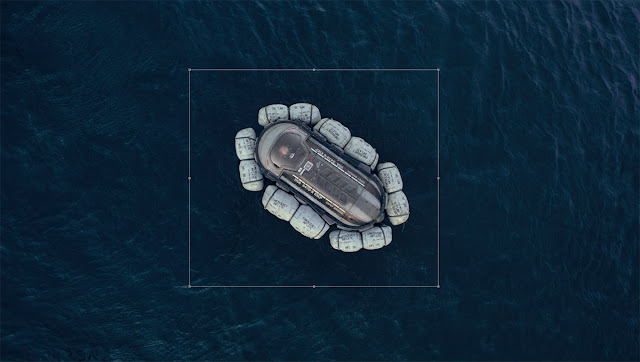 Last shot for you all... Very obvious color and contrast differences. Much starker contrast between the darkness of the sea and the light-colored evac pod through the madVR conversion. I see a little more artifact in the 1080P image, possibly due to bitrate differences or maybe the upsampling algorithm. But overall, the absolute resolution again looks the same; there's really not much more you can see "into" the 4K scene.

Conclusion...
Okay, relatively "short and sweet" post this week; I mainly just wanted to show the comparison images for those who want to reference a practical example. Pacific Rim is I think a good prototypical example of a commonly-found digitally-captured "fake 4K" movie you can buy on UHD Blu-Ray these days (other recent movies include American Made, Wonder Woman, It, Kingsman: The Golden Circle, the upcoming Thor Ragnarok, Justice League, Wonder, and The Shape of Water). In terms of spatial resolution, clearly the limitation of the 2K digital intermediate is evident. But despite this limitation, the image still looks very good because the movie utilized HDR well for eye-popping contrast, brightness, deep blacks and of course a wider potential color gamut with stronger saturation. If you want to show friends the difference HDR makes, this is a "pure" example of the very obvious difference without any pretense of a resolution upgrade. So how much money would you spend on a movie for this kind of dynamic range "improvement"? (Is it even an improvement in your eyes?)

Obviously if you have a very large screen at home, the lack of higher resolution can be seen. But in a fast-paced movie like this with all kinds of motion and cutting in and out every few seconds much of the time, there's little time to stare at a scene anyway :-).

To close this post, I just want to put out a strong recommendation if you have 4K/HDR playback to consider grabbing BBC's Blue Planet II! Like Planet Earth II from last year, the quality of this UHD Blu-Ray set is simply amazing with "never seen before" mindblowing undersea footage. Another documentary piece to show off the image quality from your ultra-high-resolution screen. 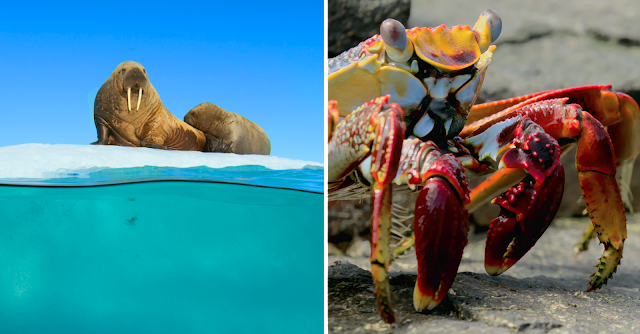 While there is some variability in the resolution and color quality depending on the equipment used (for example, some of the deep sea scenes were obviously shot on lower resolution equipment), it's obvious that much of this was shot in 4+K and the digital intermediate was in 4K.

That my friends is what I call real 4K! Simply beautiful.

Hope you're all enjoying the sights and sounds...