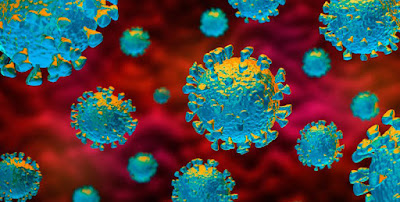 Thought I'd put up a post today as a bit of a "comment cleaner" for ongoing discussions. A few days have passed, I'm not seeing much change here in Canada. Yeah, more testing done, more positive cases, but so far so good in terms of emergency departments not being overwhelmed. Preparations looking OK and containment systems not being breached. Strong health policy seems to be working within the hospital system that I can see.

In the title, we see a bit of one of Trump's late-night tweets yesterday evening which went like this:


"WE CANNOT LET THE CURE BE WORSE THAN THE PROBLEM ITSELF. AT THE END OF THE 15 DAY PERIOD, WE WILL MAKE A DECISION AS TO WHICH WAY WE WANT TO GO!"

While I'm sure this will get many Democrats upset and maybe even some Public Health officials concerned, this isn't unreasonable at all IMO. (Need I remind all reading this? I am no Republican, I live in Canada, and am open to both viewpoints so long as it makes sense.)

No doubt, the "cure" can be worse than the disease at times. In the history of medicine, we can point to examples both of diagnostic procedures as well as treatments. Thankfully we are way past the days of animal dung treatments, inappropriate blood-letting, mercury as medicine, invasive tests with unacceptable morbidity these days (pneumoencephalogram, anyone?), frontal lobotomies, or useful treatments which needed refinement over decades (like ECT in the 1950's without anesthesia).

As I suggested when I first posted on COVID-19 about a week ago, we need to be careful about closing the economy in excess because that could end up like the "cytokine storm" of the disease itself - we, the "hosts", could be literally mounting a response out of keeping with the threat and damaging our future as a result.

The effects we're seeing of a global economy in a state of "deep freeze" in the grasp of panic as discussed last time IMO does seem excessive.

Remember that we are not seeing a disease with high mortality to all parts of the demographic. It hits the old and those with vulnerabilities. We need to make sure that in time, the Public Health response appreciates this nuance rather than maintaining our current trajectory of using a blunt public response policy of indefinite duration.

While I'm sure we have many opinions out there, let's just lay out a few ideas that could be reasonable to consider. Clear enough to follow perhaps and provide principles to base decisions from - from my context here in North America mainly:

1. The CDC's "15 Days To Slow The Spread" is something we've basically all signed up for already.
That's good. It provides a strong response and we should already see significant change to the trajectory for the weeks ahead because of this. It was published on March 15th so by March 31st, the progress will need to be evaluated. Remind people not to freak out about total numbers. Try to be consistent with stats as well - differentiate between confirmed and "probable" cases for example.

2. Now please get the provinces and states to get the job done with enforcement. Actively shut down beaches, companies not following the rules dinged with a fine/shut-down, close parks, etc... Get the cops out there under emergency provisions. Enforce the recommendation of 10 persons or less for any small group gathering.

3. Target the message to the elderly and those with underlying medical conditions at highest risk. I know, in this day and age of "correctness", nobody wants to be "discriminated" against. Some will call this "ageism". Well guess what, pathogens do discriminate, not based on race or creed but individual vulnerabilities. This has nothing to do with social justice but everything to do with science and medicine if one wants to live. No folks, 70 is not the new 50 or any silliness like that.

Of course remind the younger folks to be vigilant but no need to "rule by fear". It's more powerful to appeal to the person's humanity and build a prosocial culture because that's just "cool" and being a "jerk" by not following instructions gets a person "no respect" in times like this. Build this through social media and public messaging - maybe leverage what Facebook/Twitter/Instagram/Google can do for this. Here's an opportunity for social media to purposely do some good! Go ahead, get some pop stars to make a nice jingle. Encourage the young to show care by calling their older loved ones, communicating with Skype/Zoom/WhatsApp, bringing food safely, keeping a healthy distance if they should see an elderly person in public...

4. On March 31st, the governments must come out in news conferences with graphs and charts to show us:
- Where the "hot spots" are
- What the mortality rates look like
- Which groups are most at risk of death (we need ages and medical comorbidities)
- What is the level of need in terms of medical equipment and staffing issues in hospital

Show everyone what's going on. Don't tell me what your "gut" says Mr. President. We don't care about whether it's a "China Virus", when borders were closed to China, or who thinks you're doing a "good job"; a better man knows that success itself is the prize.

By providing the data to the public, they can then build up trust, engage people in the intellectual exercise of working together to decide public policy. People are not stupid. Give them the fact, be transparent, show us most likely projections without stoking fear. Do not make this political. This is also not about the health care system especially in the USA taking an even bigger piece of the GDP pie or enriching the pharmaceutical industry.

5. Develop 2-week plans - "For the next 14 days, we are going to do the following..."
Remember that to the best of our knowledge, 14 days is a reasonable period whereby we can see infections clear. Therefore there's no reason to make adjustments too quickly because that will just foster chaos. Let things average out over 14 days and not get sidetracked by flareups here and there or individual stories that stoke emotions - in the big picture, it's not about individual suffering but elucidating the public good - news media need to remember this as well for what they publish. Sad stories like this might be fine for tabloids, not for intelligent discussions.

Every 2 weeks, we should see a graduated plan describing the steps forward:


- For the next 2 weeks, food and beverage vendors can open up to 50% capacity across the country except for these "hot spots".

- For the next 2 weeks, only those <60 years old and do not have a chronic illness can go to the opened public places.

- For the next 2 weeks, there is a low risk of traveling between these states / provinces / cities if you are health and <60 years old.

- For the next 2 weeks, colleges and universities will reopen.

Obviously, it will have to be more detailed and formalized than this but simple enough to be clear. Some recommendations may need to be rolled back in some places; that's fine so long as there's a plan. Others can permanently remain in place. In fact, one could identify categories of guidelines for businesses, travel, educational institutions, age criteria, etc. and make them easily accessible for example on the Google homepage so anyone can click and see where it stands at any moment within whatever jurisdiction you're in. Maintain enforcement of course within reason.

At the briefings after every 2 weeks do as you did on item (4) above. Clear presentations. No BS. Don't get emotional. This is not a campaign rally for any political party.

6. As expected, the elderly and those with health conditions should be the last to be relieved from isolation. Long-term care facilities, assisted living buildings, hospitals will need to remain under limited access.
Again, the illness does prejudice who it's going to kill. Accept that fact and take care of oneself if one is older or has health conditions. The public policy should likewise recognize that fact and work with it.

It's time to see a concerted (seriously, what's the point of 50 state-by-state declarations of similar policies that can be broadly applied?), realistic, evidence-based, and most of all consistent leadership that recognizes the fundamental balance between public health and economic policy because nobody (including the government) can sustain a prolonged loss of productivity.

They keep calling the financial relief packages "stimulus" which is ridiculous! How can any amount of money "stimulate" when there is barely any activity present? The longer this drags on, the less there will be any kind of rapid "V-shaped" recovery to come back to if the pieces of an interconnected economy drop like dominoes.

Bottom line: Time for leadership, people. Lead from the front with plans, visions, and at least the appearance of competence. (Use deliberate speech rather than brief tweets that foster more uncertainty and chaos!)

Have some courage, seek wisdom and fortitude, get the job done. Most importantly, remember that so far it doesn't look like there's any kind of "existential crisis" for humanity whatsoever from this infection. Review the rates of death from yearly respiratory infections like flu and pneumonia for context. This is a containable health emergency as China has demonstrated already.

Hopefully the Powers That Be don't make it much more than that...

Good luck everyone. Let's hope the early easing in cases in Italy continues to improve!
Posted by Archimago at 12:40:00
Email ThisBlogThis!Share to TwitterShare to FacebookShare to Pinterest
Labels: COVID-19