The final tally for respondents is 151. Here's the updated map of where the responses came from: 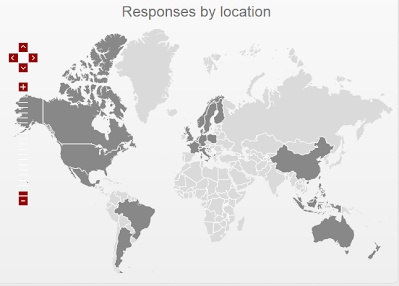 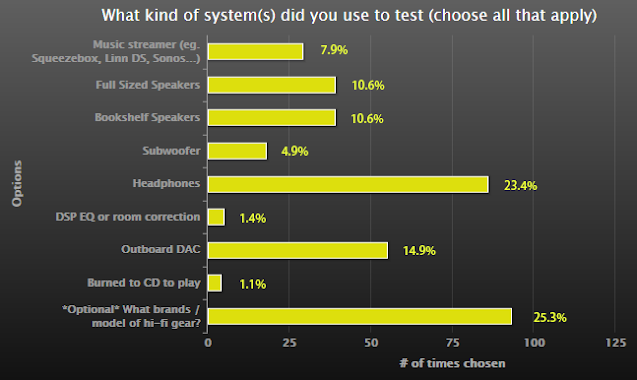 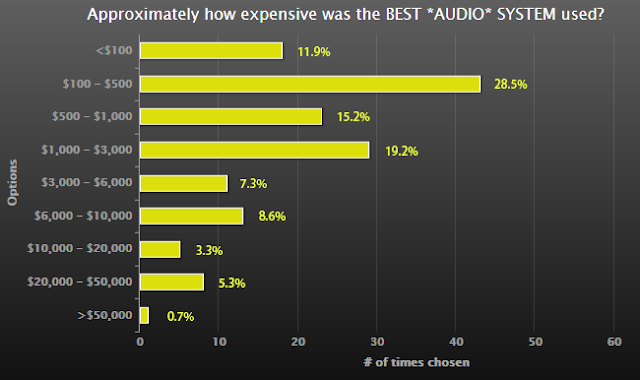 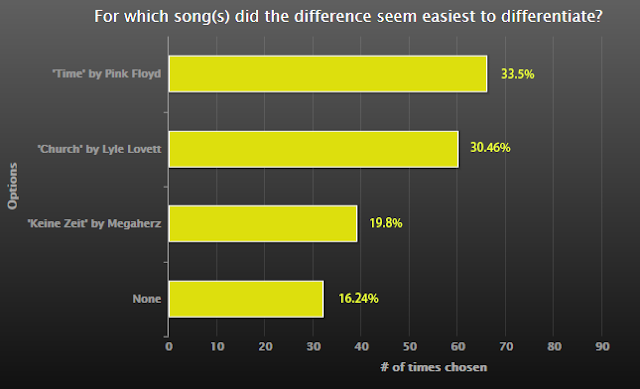 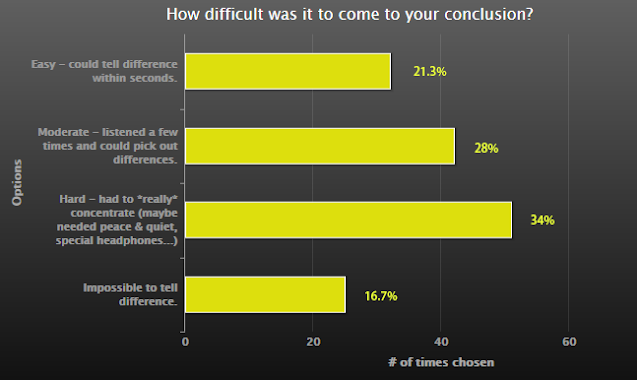 Perhaps not unexpectedly, most respondents had to work hard or felt it was impossible to tell the difference between the Sets (total 50.7% for these 2 groups). Interesting that almost 1/4 (21%) thought the test was "easy" - it'll be interesting to see later if this confidence leads to accurate identification! 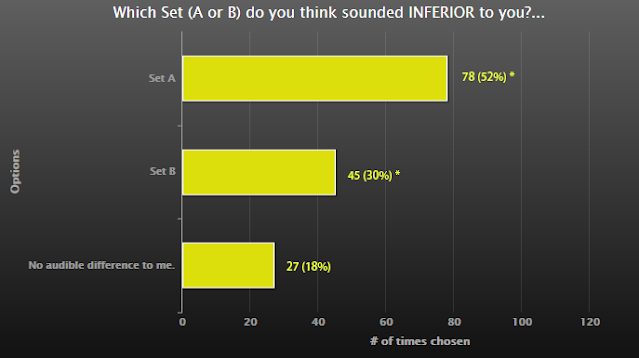 Let's have a look at those who were confident and said this test was easy: 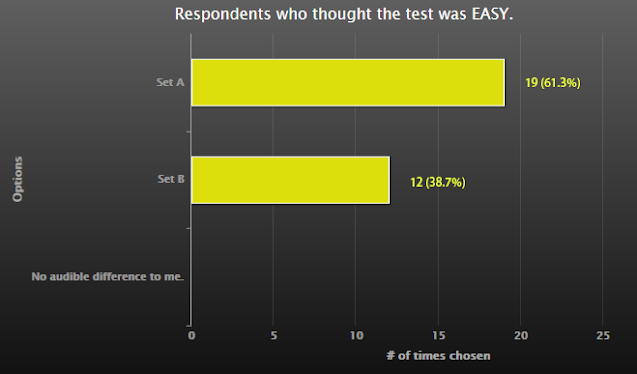 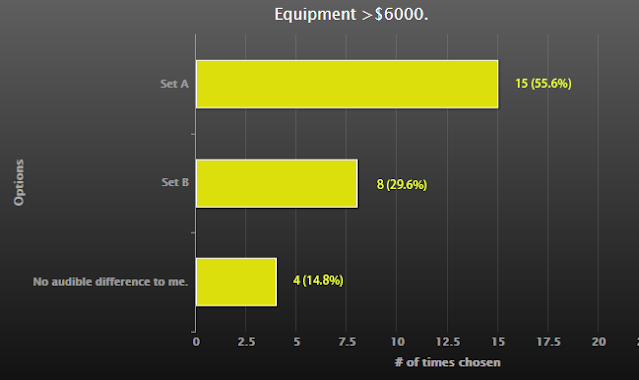 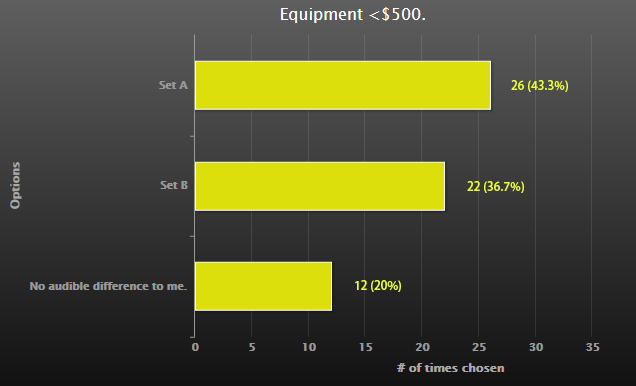 Looking at the larger groups, it was interesting to see that those who used speakers (either floorstanders or bookshelves) seem to prefer Set A more than headphone users (likely not significant but interesting observation): 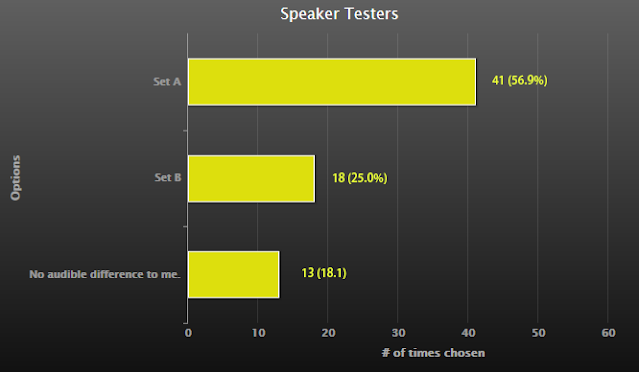 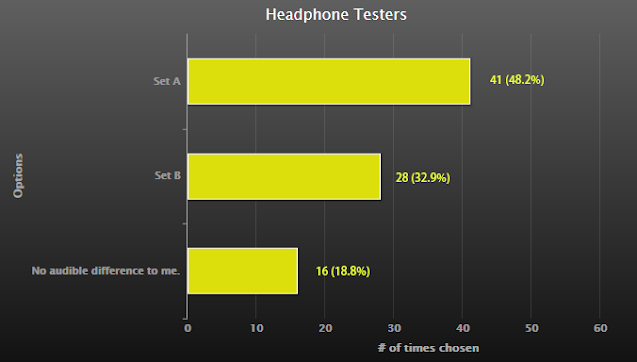 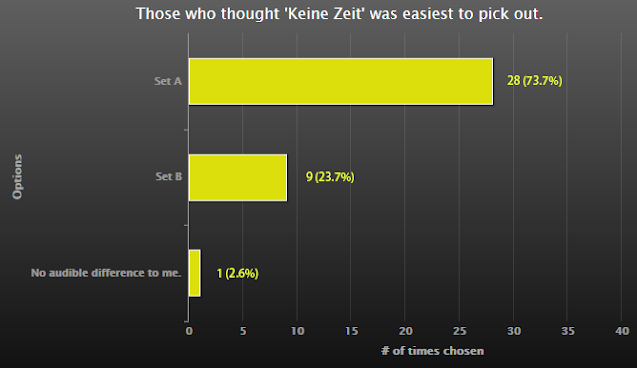 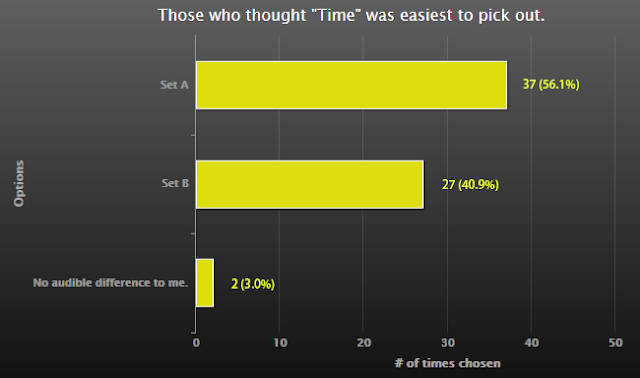 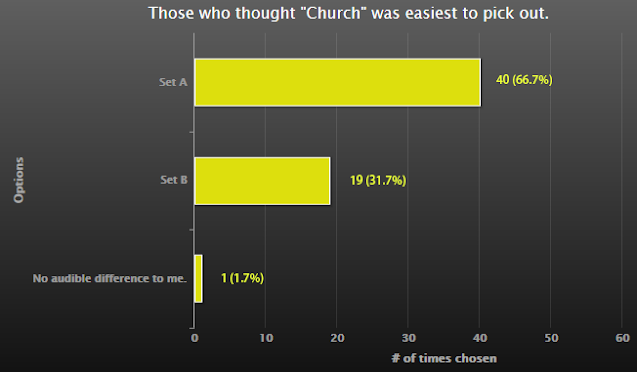